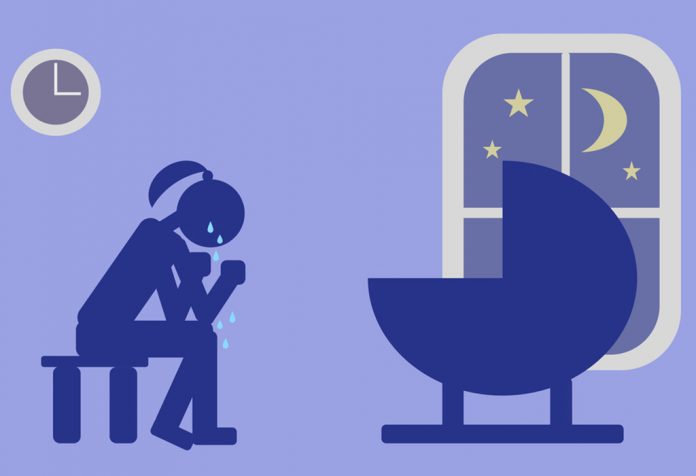 Being a mother is one of the best experiences for a woman, one that fills her up with a sense of utter happiness. The joy of becoming a mother was the same for a new mother, Michelle Parker (name changed) till she started experiencing panic attacks. She started having hallucinations, along with sleepless nights and scary visions, soon after the birth of her son. Her condition worsened to the level that she was cutting herself a couple of times and suspecting her husband to be a serial killer.

Michelle was taken to the doctor and was finally diagnosed with postpartum psychosis.

What Is Postpartum Psychosis?

Postpartum psychosis is also known as puerperal psychosis or postnatal onset bipolar disorder. It is a mental illness affecting young mothers right after childbirth. It is a rare condition, but it is a severe mental illness in which the mother experiences great difficulty in responding emotionally to the newborn baby. This condition can begin suddenly after the childbirth and can be a frightening experience for family and friends. Even though it is a rare mental illness, there are several women around the world who are suffering from postpartum psychosis.

When Does Postpartum Psychosis Happen And Who Is More Prone To Get It?

Postpartum psychosis can happen to any woman, out of the blue, after giving birth. Many women experience mood swings that last for a couple of days. This condition is called ‘baby blues’. It is normal and is very different from postpartum psychosis. According to a report published in January 2014 in Psychiatric Times, 1 to 2 of every 1000 new mothers can have postpartum psychosis.

There are no proven definite reasons or causes for postpartum psychosis. Some of the possible postpartum psychosis risk factors could be abrupt changes in hormones after pregnancy. This is because of hormones as the body experiences dramatic changes during pregnancy. Other researchers suggest that becoming mothers at an older age also increases the risk of postnatal psychosis. Expecting mother previously diagnosed with bipolar disorder, schizophrenia or schizoaffective disorder should seek the help of a specialist while pregnant as their chances of suffering from postpartum psychosis is higher by 25 to 50%. While, at times, genetic factors are responsible for this condition, it is important to note that half of the cases happen to women who do not have any previous or family history of psychiatric illness. Postpartum psychosis has been seen more in cases where the patient’s close relative like sister or mother has also had a similar complaint. For some first time mothers, psychosis can occur after a traumatic birth. The mothers who had postpartum after their first delivery are more likely to experience the same problem after subsequent babies as well.

Most Common Symptoms Of Puerperal Psychosis

Puerperal psychosis is a mental illness and can be potentially dangerous for the mother and the baby. It is necessary for family and friends to observe the symptoms of postpartum psychosis and consult the specialist at the slightest hint of a disorder.

Here are some of the symptoms to recognize postpartum psychosis:

How Is Postnatal Psychosis Treated?

Family and spouse play a very important role in helping the ailing mother. The woman with postnatal psychosis should be immediately taken to the specialist. Severe symptoms require anti-psychotic drugs or mood stabilizers to be given to the patient under the supervision of the doctor. The patient must be hospitalized for complete supervised care. In this case, the baby and mother should be put together so that the mother is with the child while she is getting treated. But in some extreme conditions, breastfeeding is not recommended for the safety of the baby. Women with postpartum psychosis also need to bond with the baby while they are being treated. Constant communication with psychiatric doctors and taking proper medication will help the mother to recover from this condition and lead a healthy and normal life.

Postpartum psychosis is a severe illness whereas postnatal depression or ‘baby blues’ refers to mild mood swings that many women experience. Baby blues affect over half of new mothers and usually start after 3 to 4 days of childbirth. The condition improves by the time the baby is 10 days old and does not require treatment. The symptoms are mild as compared to postpartum psychosis. The mother may display mood swings such as bursting into tears easily, over-react at times or be sensitive. This condition heals on its own after a few days, but postpartum psychosis requires medical attention. The family of the affected mother needs to be attentive to identify the disorder and call for medical help.

How Can Puerperal Psychosis Be Prevented?

Yes, postpartum psychosis can be prevented. A meeting with a prenatal psychiatrist can be fixed at around 32 weeks of pregnancy to assess the chances of affliction and its symptoms. There are serious consequences of not taking immediate steps for this condition. If you notice the above mentioned or any other symptoms that you feel is not normal, it is best to seek medical advice for the same. The management of postpartum psychosis is possible, and so, it is important to take the right steps at the right time.

It’s a rare problem and doesn’t affect all mothers. However, family members need to be vigilant as early detection can help in preventing the psychosis from aggravating.