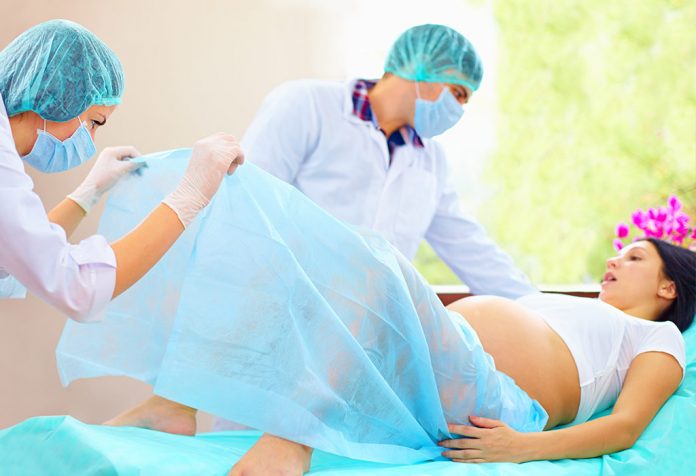 Uterine inversion is a potentially fatal maternal condition where the uterus either partially or completely falls outside cervix or even vagina. In simple terms it can be called “Uterus turning inside out”.

What is Uterine Inversion?

Uterine inversion is a life-threatening obstetric emergency which is very rare but can lead to serious ill effects like hypovolemic shock, severe haemorrhage and even death in extreme conditions. The fundus of the uterus is found to pass out of cervix and even vagina causing inversion of the uterus.

How Common is Uterine Inversion?

The Incidence of uterine inversion usually varies and can range from 1 case in 2000 to 1 case in every 50,000 births. In a much broader range, it can occur in about 1 in 3,000 births. The mother’s survival rate is only about 85% and can lead to death.

What are the Grades of inversion?

Uterine inversion has 4 degrees or grades based on its severity. This includes:

What are the Causes of Uterine Inversion?

Are There Any Symptoms of Uterine Inversion?

Some of the possible symptoms that can be noticed during Uterine inversion are:

How is Uterine Inversion Diagnosed?

Quick and reliable diagnosis is important and can prevent maternal death. Signs of uterine inversion are as follows:

Factors that can Increase the Risk of Uterine Inversion

Risk factors that can worsen a maternal condition that are noticed in uterine inversion include:

Will You Suffer From Uterine Inversion In Your Next Pregnancy?

Yes, there are higher chances of Uterine inversion in next pregnancy of you have already suffered one. As with any pregnancy complication or other medical problem, the complete medical history has to be provided to the doctor for proper care and management. This will help the practitioner in further reducing the complications associated with the condition.

It is always advisable to keep a track of medical history provide the same to the doctor, and talk to them for proper medical advice and to prevent further risk of uterine inversion in the future.

Uterine inversion is a fatal condition which requires diagnosis in advance and also proper management as quickly as it occurs. Irrespective of the approach, vaginal or surgical, prompt treatment is the best way to deal with uterine inversion to prevent maternal death.