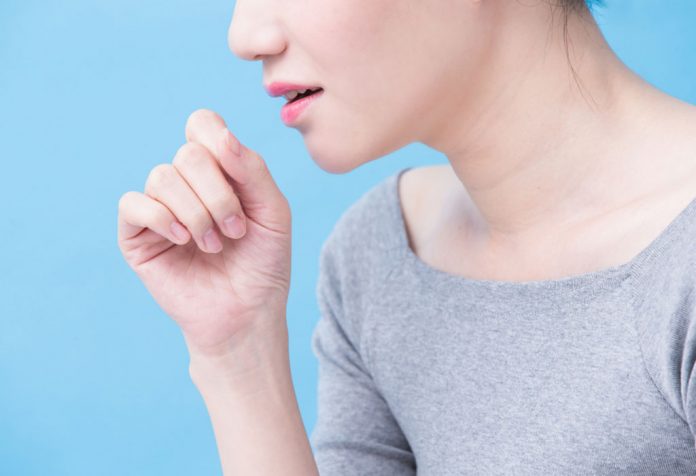 Pregnancy is a crucial time in your life. It is precious time during which you start to bond with your child. But a disease during your pregnancy could give you reasons to worry as it may adversely affect your child’s health. One such deadly disease is Tuberculosis.

Pulmonary Tuberculosis, more commonly known as TB, is an infection caused by bacteria called Mycobacterium tuberculosis which most commonly affects your lungs. Sometimes, it can also affect some other parts of your body like kidneys, spine, uterus, bones, brain, and nervous system.

How is it Caused?

Tuberculosis (TB) is caused mainly by bacteria that are released into the air by human beings. Human beings are the only known reservoirs of the TB-bacterium; this means, the bacterium cannot live outside of the human body. Every time a person harbouring the bacterium in their body spits, coughs, or sneezes, they expel the bacteria with the microscopic droplets that are exhaled in the air.

When your body is infected with tuberculosis, it can react to it in three ways:

What is Latent TB?

Sometimes your immune system is unable to kill the bacteria entirely but manages to protect the body by building a defensive wall around the bacteria. The bacteria remain in the body but don’t cause any harm.

These bacteria can, however, emerge when your immune system is weakened and cause symptoms of TB.This is known as latent TB.

What is Active TB?

If the immune system in your body is unable to fight the bacteria, then a series of symptoms occur which are diagnosed as Tuberculosis.

Common Symptoms of Active Tuberculosis in a Pregnant Woman

Most symptoms of Tuberculosis include:

Many-a-times due to the changes in your immune system, the common symptoms of TB in pregnancy are hidden. This makes it difficult to diagnose TB, and it can even go undiagnosed until delivery.

How Contagious is Tuberculosis?

Only the people who are suffering from active TB have the chances of spreading the disease.

If the person suffering from active TB coughs or sneezes, the bacteria are expelled out of the body along with the microdroplets of sputum, phlegm, etc., similar to the virus in common cold. If a healthy person inhales these droplets, they can lead to active TB being triggered.

You are in the highest danger of contracting pulmonary TB during pregnancy if you have a weakened immune system or spend a lot of time with an infected person. However, just a brief exposure during pregnancy like shaking hands, travelling in the bus, sharing food, talking, etc. will not lead to a TB infection. In fact, these things cannot cause TB in any healthy individual; it is a misconception that TB can be contracted through touch, or by sharing food, talking, etc.

There is a higher risk of you catching TB if:

Effects of TB on Pregnancy

The best way to describe tuberculosis during pregnancy is that it is a double edged sword where one end is the harm TB can cause to the baby, and the other is the progression of the disease.

A large portion of the population suffers from TB. It can lead to maternal mortality, which is the third leading cause of death in pregnant women between the ages 15 to 45. There are several effects of Tuberculosis, some of which are listed down below.

Effect on the Mother

Effect on the Foetus

The complications of TB in pregnancy also gravely affect the baby in several ways. Some of these are as follows:

How to Diagnose Tuberculosis during Pregnancy?

If you have a cough with sputum generation for over three weeks, the basic diagnosis includes the testing of this sputum to see if there are any disease causing bacteria. This test can identify most forms of TB. The doctors need two samples of your sputum for this so you can be called again.

This is generally followed by a chest X-ray, blood test, and skin test. Make sure you go ahead with all the tests recommended by the doctor as the potential harm to the baby due to TB is much higher than any test. All of these methods help determine if you have active TB.

A skin test called Mantoux test is done by injecting a small amount of Tuberculin in the epidermis of your skin. If there is a swelling in this area within 48 to 72 hour, it means that the test is positive for latent TB. This Tuberculosis test in pregnancy is done to determine whether you have latent TB.

It is important that you pay attention to the management of tuberculosis in pregnancy to avoid harming yourself and the baby. Similar to any other bacterial infection, TB is also treated with a course of antibiotics. It can be cured entirely if detected at an early stage and if you complete the course of antibiotics without any interruptions. The course can last anywhere between 6 to 9 months, but can also extend further depending on the severity of the disease.

Make sure you start receiving treatment as soon as possible to avoid harming both you and your newborn. Make sure you also do the following:

TB Medication to avoid during Pregnancy

It can be difficult to stick to the treatment due to fear of the medication harming the baby or pregnancy related nausea. However, most first line medications for TB are safe for treatment during pregnancy. These include isoniazid, ethambutol, rifampicin, and pyrazinamide.

It is recommended that you avoid streptomycin if you are pregnant. This is effective in treating TB but can result in loss of hearing or balance in your child. This is common in at least one out of six babies.

You must also take extreme care if you are undergoing treatment with isoniazid. It can cause drug-induced hepatitis which can hinder the treatment of tuberculosis. In case you are affected by hepatitis, then your liver function is closely monitored, and some drugs like methadone are used to allow your liver to function properly. Isoniazid can, however, be taken without any harm along with a dose of Vitamin B6.

Does TB Harm the Baby’s Development?

Tuberculosis transfers from the mother to the baby through the umbilical cord in only a few cases where the mother leaves the disease untreated. With proper medication, this can be avoided.

However in case your baby is affected with TB, then it can cause a lot of harm to the baby. Not only does TB lead to miscarriage and preterm labour, but it also causes a series of issues in the baby too. Some of these include stunted growth, enlargement of spleen or liver, fever, and respiratory issues.

Tuberculosis in pregnancy risks the life of both you and your child, and it is necessary that you take good care. Make sure you avoid exposure to this disease by keeping away from people who are infected with TB. After all, prevention is always better than cure.

However if you do catch the disease, don’t worry about tuberculosis pregnancy risk as yet. There are several ways you can get treated, and the best way to make the treatments effective is to remain positive at all times. Increased stress levels can not only affect your child but can also hinder the treatment.