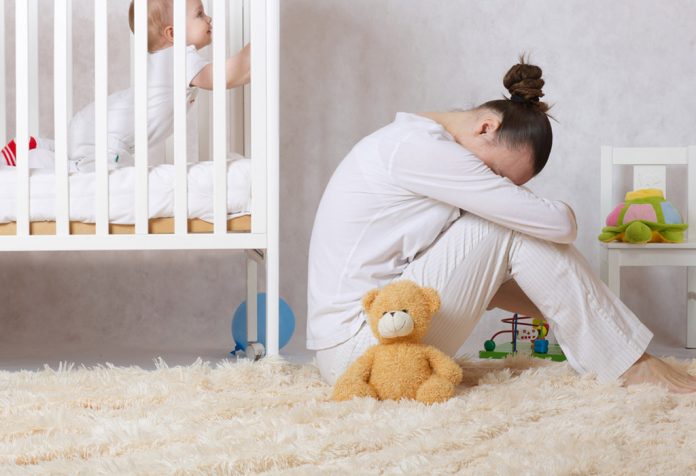 The birth of a child marks the beginning of a new journey in the life of the parents, especially the mother. While the event is bound to bring joy and delight to the mother, it can sometimes be confusing to see the opposite happen. It is estimated that more than 40% new mothers experience baby blues, an emotional state characterised by worry, unhappiness, fatigue and self-doubt. Baby blues usually disappear after a few days or a week, but if the feeling is prolonged and lasts for more than two weeks, it can be a case of postpartum depression.

What is Postpartum Depression?

Women who are healthy and have had a normal delivery can also face this condition. Since the chances of postpartum depression affecting women with previous history of depression are higher, do inform your doctor if you have previously suffered from anxiety or depression in the past.

A doctor should be consulted if these symptoms recur or continue for a long time. The symptoms might surface within a few weeks of delivery, and if not treated, can stay for a long period causing damage to the mental health of the mother.

Postpartum psychosis is a serious condition which could lead to life-threatening behaviour and thoughts. It must receive medical attention immediately.

Difference Between Depression and Postpartum Depression

Here are some of the main differences between the two conditions:

Depression is a chronic condition marked by cycles of recurrence and improvements. Depression has a severe impact on mental health of the affected individual leading to complications which can last for life.

Children who have mothers suffering from untreated postpartum depression are likely to have emotional and behavioural problems due to negligence by the mother. Such children can develop attention-deficit/ hyperactivity disorder (ADHD) and be prone to problems like excessive crying, sleeping, eating difficulties, and delay in language development.

Diagnosis of after- pregnancy depression is based on symptoms meeting specific traits and criteria. Individuals who face the symptoms of depression or have a family history of depression should seek the help of their doctor and get screened for depression if necessary.

The doctor will try to determine whether the postpartum baby blues are temporary or have the potential of leading to severe depression. Doctors can recommend blood tests to find out if hormonal changes and an underactive thyroid are contributing to signs and symptoms of depression.

Health professionals may also make use of psychological screening tests such as the Beck Depression Inventory or the Hamilton Rating Scale to assess an individual for depression.

How Long Does After-Pregnancy Depression Last?

There is no defined period for which after-pregnancy depression lasts, and it depends on how early the condition is detected and the kind of treatment which is given to the patient. Postpartum depression sets in during pregnancy or 2-3 weeks after childbirth. In women who receive timely clinical treatment, the symptoms of depression can last up to or more than one year. However, for women not receiving any clinical treatment, the postpartum depression duration can extend beyond 3 years as well.

Depending on the severity of depression, the treatment time and method will vary. There are several ways of dealing with postpartum depression such as psychotherapy, counselling, medication, and various other therapies.

Psychotherapy is considered to be one of the most effective therapy modes for treating PPD. Psychotherapy involves sharing your concerns with a psychiatrist or a psychologist. The mental health providers suggest ways to cope up with and come out of the depression. Through therapy, one can find better ways to solve problems, control mood swings, set realistic goals, and respond to situations in a positive way. Described below are the most commonly used therapies for the treatment of postpartum depression.

Counselling is a way of treating depression by direct interaction between the affected individual and the counsellor or psychiatrist. Counseling can help you to feel better if you are suffering from mild depression. There are different kinds of talk therapies, but the ones most commonly used to treat depression are cognitive behavioural therapy and interpersonal therapy.

Cognitive behavioural therapy is focused on changing the way you think and behave and is known for its effectiveness in treating anxiety, obsessive-compulsive disorder, depression, and other mental health-related problems. CBT is based on the premise that thoughts, feelings, physical actions and sensations are interconnected, and negative thoughts can trap you in the vicious circle of depression. CBT looks to break down problems into smaller parts and transform negative thoughts into positive ones. CBT is designed to provide practical solutions to improve your thought process on a daily basis.

Antidepressants are drugs are used to treat major depressive disorders including postpartum depression. Antidepressants balance out the brain chemicals which are responsible for regulating moods and making you feel better. However, antidepressants have side-effects and may also enter your breast milk. Hence, antidepressants should be consumed only on a doctor’s prescription.

In case of severe depression, a combination of medication such as antidepressants, mood stabilizers and antipsychotic medications can be used to control the signs and symptoms of depression. Medicine for postpartum depression should be taken only on the prescription of a doctor.

Electroconvulsive therapy is recommended when the postpartum depression is severe and does not respond to medication. ECT introduces small amounts of electrical current to the brain to produce waves which are similar to those which are generated during a seizure. The chemical changes in the brain can help to reduce symptoms of depression.

Postpartum depression is generally not a condition which can be treated at home; however, a change in lifestyle will build on the treatment plan and help a speedy recovery.

How to Prevent Postnatal Depression?

With a little precaution and controlled lifestyle, you can prevent postnatal depression. If you have had a history of depression, especially postnatal, inform your doctor about the same as soon as you are pregnant or if you plan to get pregnant.

Early detection of the signs and symptoms of depression can go a long way in avoiding escalation of the condition.

What Can Happen if Postpartum Depression Remains Untreated

Postpartum depression is a serious disorder which should not be ignored. Early detection of the condition and immediate treatment can prevent the symptoms from turning into a chronic depression. It is important to talk about the situation to family, friends and your doctor, instead of facing it alone.