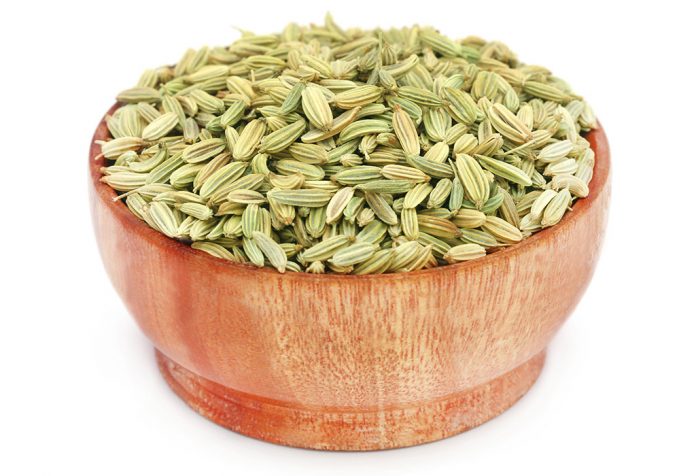 Hello there, new mother-to-be! You may be experiencing the wonderful changes that pregnancy puts your body through – while also going through several discomforts, which are also part of the package. But that’s where home remedies and natural ways come to the rescue, right? It’s common for us to turn to the many items in our kitchen to find a natural solution to our problems, and one such common herb we tend to turn to is the fennel seed (saunf). But is it safe to consume fennel seeds during pregnancy? Read on to find out!

What Are Fennel Seeds?

Fennel seeds are aromatic and flavoured herbs which look brown or green when fresh and turn dull grey when they age. The seeds are derived from a plant which was originally found in Europe. The plant belongs to the parsley family and has fluffy leaves. This herb is commonly found in our kitchens and is known for its medicinal properties. It is popularly known as ‘saunf’ and most of us consume it as a mouth freshener, besides using it in cooking. It has been proven to be beneficial for tooth pain and gum issues, apart from having several other health benefits such as aiding digestion.

Is It Healthy to Have Fennel Seeds During Pregnancy?

During pregnancy, fennel seeds are only recommended in very small amounts because they are a natural emmenagogue. This basically means that they help trigger or increase menstrual flow. You can add a small amount of these seeds (for instance, a teaspoon or so) to your food. Your doctor can help you understand how much you should be consuming basis your health requirements and conditions.

Benefits of Saunf for Pregnant Women

The following are some of the known benefits and side effects of eating saunf for pregnant women.

Side Effects of Eating Fennel Seeds While Pregnant

Now that you know about the benefits of fennel seeds, it is time you consider the side effects as well.

How to Consume Fennel Seeds in Pregnancy

If you are allowed to have fennel seeds during pregnancy, there are a few ways you can consume them. Fennel seeds have a nice aroma and are slightly sweet. If they are added to foods while cooking, they work as a flavouring agent and impart a subtle flavour to the dish. You can consume them in the form of tea as well, or chew some raw after a meal. It is always advisable to check with your doctor or dietician before you include fennel seeds in your pregnancy diet.

Fennel Tea for Nausea During Pregnancy

The Food and Drug Administration of the United States has not regulated the use of herbal teas, including fennel tea, during pregnancy. When we say that herbs and herbal tea blends are not regulated by the US Food and Drug Administration, it means that the herbs do not undergo the same level of scrutiny as over-the-counter and prescription drugs. Note that this does not mean that the FDA advises against the consumption of herbal teas.

To be safe, you can have fennel tea once in a while when you are pregnant. However, you may want to check with your gynaecologist before you do so. 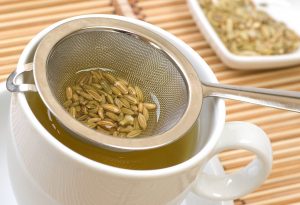 Does Consuming Fennel Seeds During Pregnancy Lead to a Miscarriage?

Many people have fennel seeds after a meal because it helps with digestion. But it is important to remember that fennel seeds could trigger the menstrual cycle and lead to vaginal bleeding, ultimately causing a miscarriage. It is important to consume it in moderation, and avoid it altogether if your doctor advises against it.

Now that you know both the benefits and side effects of having fennel seeds, check whether they are suitable for consumption while you’re pregnant. Proceed according to medical advice only.