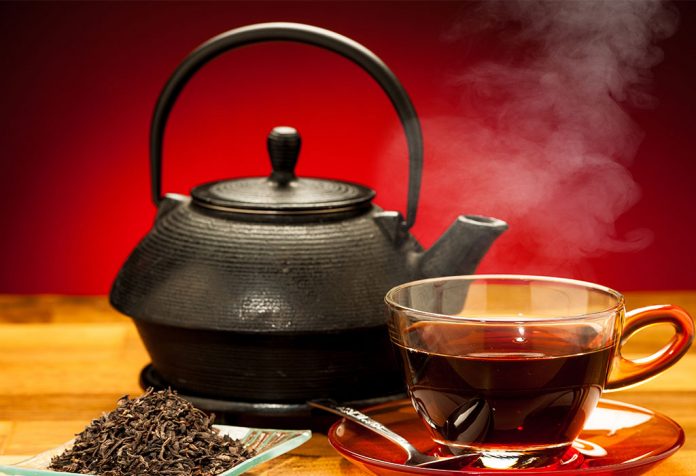 As a nation, India is famous for its consumption of Tea! After China, India is the largest producer of tea and tea is also one of the most consumed liquid after water. Many people have the habit of having black tea during the day, as it refreshing.

And when it comes to pregnant women, their craving for tea ranges from sweet to sour to spicy and to simply mouthwatering aromatic teas. The to-be-moms usually face restrictions as their pregnancy progresses, and one of the many restrictions is black tea. Yes, pregnant women are often told to avoid black tea. But should they avoid it or is it just a myth? Let’s find out!

Can You Drink Black Tea in Pregnancy?

When thinking about drinking black tea, one of the things a pregnant woman should keep in mind is the amount of caffeine she consumes during the day. Apart from tea, it’s important to keep track of other foods like chocolates, soft drinks, and coffee that you may consume which also contain caffeine in them. Primarily, you should keep a close eye on how much caffeine you can have per day and track it as it helps you be more conscious of the caffeine in your system.

If having tea on a regular basis is a vice of yours, then rather than cutting it out of your daily routine out of fear, let’s bust a few myths and get to know the nutritional information of black tea, so that you will see if it is worth drinking or not in pregnancy.

You tend to get tired when you’re expecting! Black tea is just what you need in those times! The fragrance is said to have a relaxing effect on the body. A cup of black tea calms your nerves and helps get rid of all your stress. The antioxidants in black tea are known to slow down your body’s ageing process along with its antibacterial action. Black tea is also known to reduce the risk of cancer. Researchers have dwelled deep into the effects of tea on the human body and its possible use in preventing and treating varieties of cancer.

How Much Caffeine Is Present in a Cup of Black Tea? 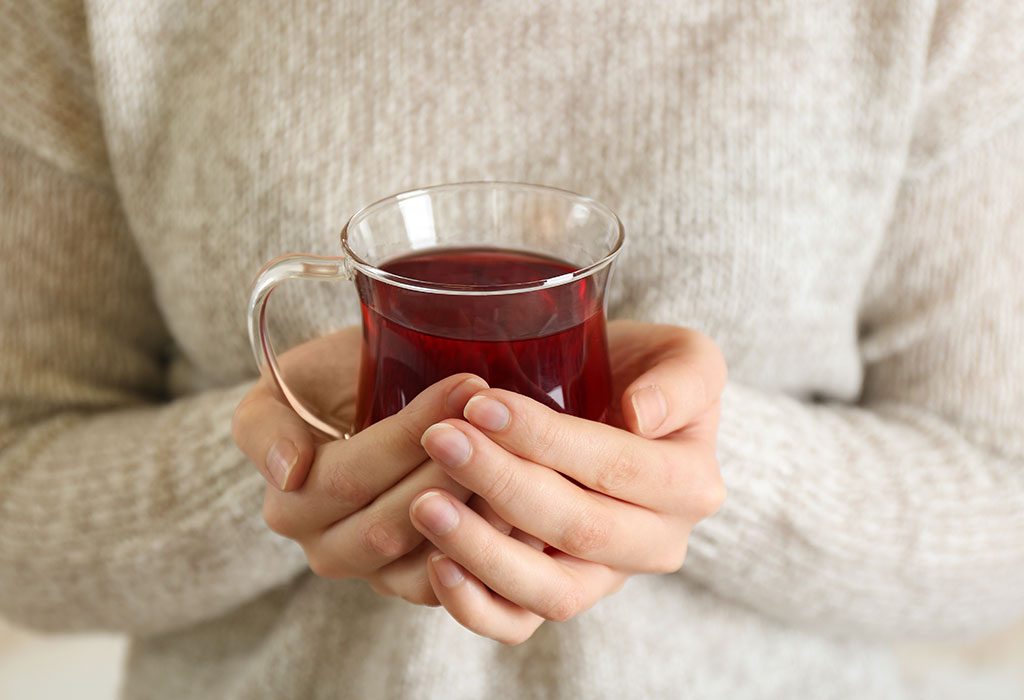 Black tea is more oxidised compared to the other kind of teas and is stronger in flavour. But it even contains caffeine, which needs to be monitored by mommies, as too much caffeine can cause issues during pregnancy. Not to worry, as there is a solution to this as well. But you will be happy to know that a cup of black tea, which is approximately 8 ounce, contains 47.4 mg of caffeine. So, it is under the limit of caffeine you can have!

How Much Black Tea to Consume During Pregnancy?

When you have cravings, it is hard to let go of that urge. But everything should be consumed in a limit. The easiest way to control this urge is to make sure you satisfy the craving at the earliest while keeping in mind the amount you can consume. Throughout the day, you can consume a variety of caffeinated things, but controlling the portion or amount can make it easier. The safest bet is to have up to 300 mg of caffeine, which is a maximum of 3 cups of your favourite delicious warm tea, to keep a check on the amount of tea consumed.

With every great thing, there is always a major flaw or drawback! You have to weigh the pros and cons of everything you eat as your little one is sharing it all with you! Pregnant women always hear from everyone that having black tea during the pregnancy is bad. But that is not the case! Anything in excess is a bad thing, and the same goes for black tea! If you don’t keep track of the amount of caffeine you consume, it could lead to severe complications during pregnancy, potentially putting yourself and the baby at risk. If you are still not convinced, then…

Here are the reasons why you should avoid excess consumption of black tea:

Is a Decaf Version of Black Tea Available? 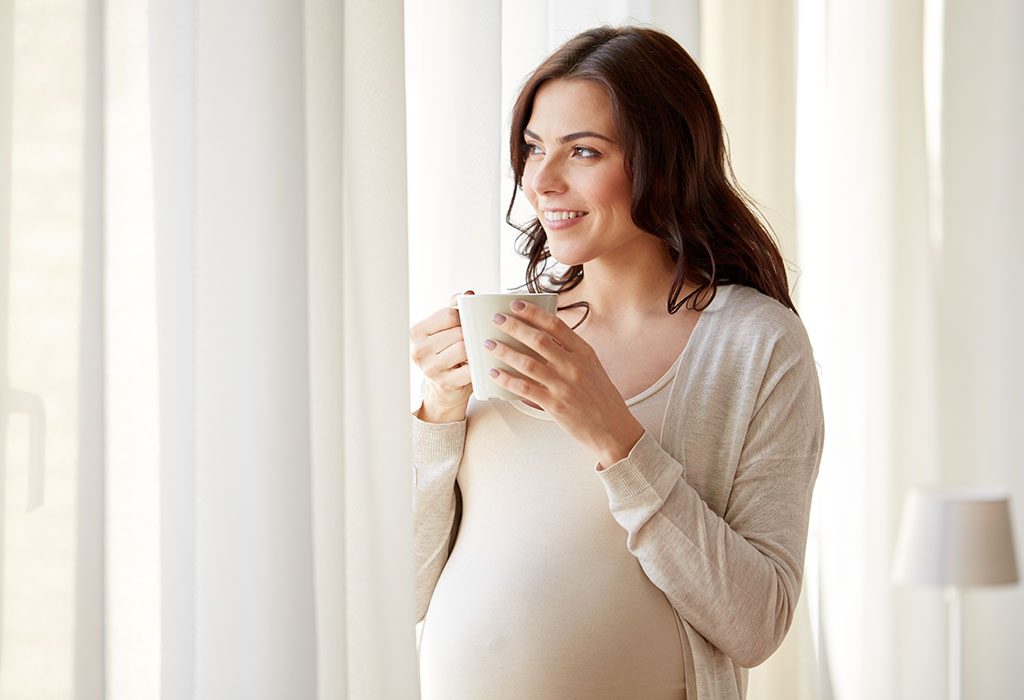 Mommies who still cannot go without black tea can opt for a caffeine free version of this tea! While many herbal teas contain less amount of caffeine, it does not satisfy the strong aroma and flavour of an excellent black tea. But, think about your baby, and then you won’t drink it. You can opt for decaf black tea! Yes, decaf black tea during pregnancy is an option and is available and doesn’t require much effort either. The secret trick to decaf black tea is the steeping method. If you’re using tea leaves, then add just enough water to cover leaves in the vessel. Let the water boil, once it’s boiled completely, strain the water out and put the leaves back in the vessel and add water to the tea you want to drink. If you’re using a tea bag, then pour hot water over the tea bag and let it steep for approximately 30 seconds. Later, dispose of the water and use the tea dip to make yourself a cup of decaffeinated black tea!

If you love your black tea but are in two minds about if it is safe for you and your baby, don’t overthink the simple pleasures in life. Everything done in the right proportion can be enjoyed and is safe during the magical nine months of your life! 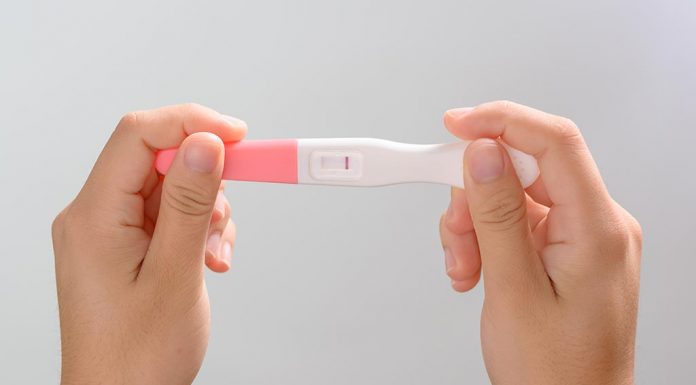 Essential Oils for Fertility in Men and Women

Vitamin C in Pregnancy: Importance and Side Effects