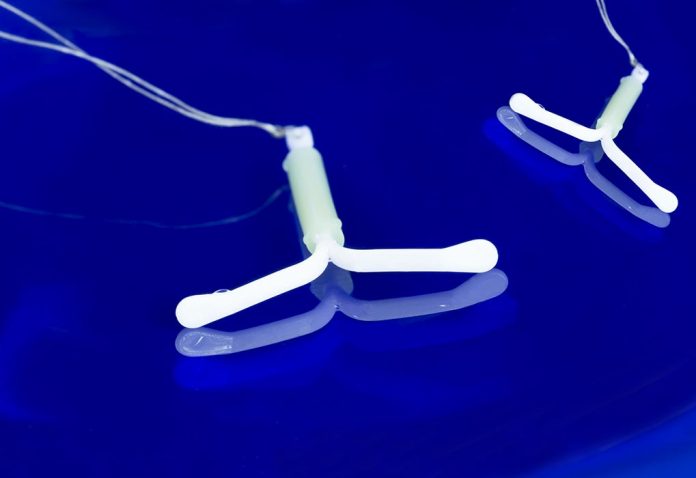 The Intrauterine device (IUD) has gained popularity over the years among women due to its simplicity and high effectiveness. Placed in the uterine cavity, this device can remain effective in preventing pregnancy for 3 to 10 years depending on the type used. Like all contraceptive devices, they are not 100% effective and rarely do women get pregnant with an IUD in place.

Are There Chances of Getting Pregnant With An IUD?

Although intrauterine devices are one of the most effective forms of birth control, their rate of being effective rate is about 98%. Therefore, there is a narrow margin, and it is observed that the odds of pregnancy with IUD are 3 cases out of 100. The American Congress of Obstetricians and Gynecologists (ACOG) says that the failure rate of IUDs during the first year of use is less than 1%, the same as sterilisation procedures like “tube tying”. In rare cases where pregnancies do occur, it’s usually caused by the device slipping partly or completely out of place. In fewer cases, the IUD may move and become embedded in the uterus and lose its effectiveness. 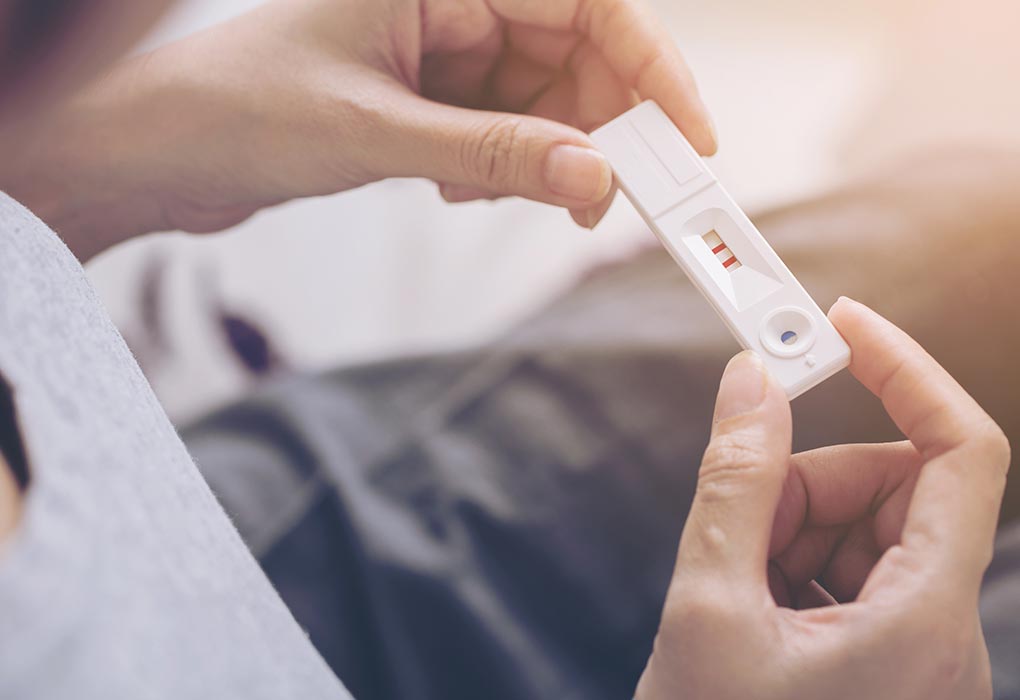 Unlike the oral contraceptives, IUDs do not cause any changes in the body after it is put in place. Ovulation is not blocked, the endometrium continues to grow, and menstruation continues as normal (although, this depends on the type of IUD, which may cause bleeding to become much lighter or have it reduce altogether). The IUD only offers mechanical protection by not allowing the fertilised egg to implant in the uterine wall. In rare conditions, this protection can fail, and pregnancy proceeds as normal. Early pregnancy symptoms with IUD is the same as a normal pregnancy. These symptoms characterise it:

What to Do If You Suspect Pregnancy While Having An IUD?

It is not uncommon for women to worry about pregnancy when they are on an IUD. Many experience unusual bleeding for the first few months after the device is inserted. It is then normally followed by periods that are lighter and shorter; some even stop having periods entirely. Therefore, if you suspect that you are pregnant with IUD in place, follow these three steps:

If you feel symptoms of pregnancy and need to confirm it, the best way is to take a pregnancy test. A home pregnancy test is reliable. If you’re still in doubt, schedule a blood test for pregnancy with your doctor.

When you become pregnant, especially with an IUD in place, there’s a significant risk of an ectopic pregnancy (a pregnancy where the fertilised egg implants outside the uterus). Ectopic pregnancies are emergencies; therefore you need to visit your doctor immediately for a diagnosis.

3. Have the IUD Removed

If your pregnancy is viable and non-ectopic while the IUD is still in place, your doctor may recommend its removal. The doctor or a trained staff does this. It’s important not to try and remove it by yourself, as it is unsafe for the foetus.

IUDs are used to prevent pregnancies, so what happens if you get pregnant with an IUD? Here are some of the risks:

A miscarriage is a significant risk when women get pregnant with an IUD. If the IUD is left in place during the pregnancy, the miscarriage rate goes up by 40-50 per cent. Removing it early on reduces the risk; however, it is still higher than normal women who got pregnant without an IUD.

Susceptibility to chorioamnionitis is high among pregnant women who have IUDs. It is an infection of the membranes surrounding the fetus and the amniotic fluid which can be potentially life-threatening. Removing the IUD early in pregnancy lowers the risk of the infection but does not remove it completely.

Hormonal IUDs pose a risk to the foetus as they slowly release progestin into the uterus. The long-term effects on the babies are not fully understood. However, increased risk of congenital disabilities does not appear to be among the risks.

Is There An Instance Where a Doctor May Suggest ‘No IUD Removal’?

If you wish to continue your pregnancy, ideally the IUD should be removed. It is done if the strings are visible from the cervix and can be grasped. The pregnancy will then continue without complications, although there are slightly higher chances of miscarriage, infections and preterm labour. When the risk of removing the IUD outweighs the risk of leaving it in place, your doctor would suggest a ‘No IUD Removal’. There are instances where women have given birth to healthy babies even with the IUD. It usually so happens that as the baby grows; the IUD gets pushed out, somewhere around the middle of the term.

Tips to Protect Yourself from an Unwanted IUD Pregnancy

When used perfectly, IUDs are very effective at preventing pregnancies. Here are some steps to make sure that an unwanted pregnancy doesn’t occur with the IUD.

Once a year, visit your gynaecologist and have an ultrasound scan of your uterus done. It can reveal any displacement of the IUD or even its loss. These two are the major causes for an unwanted pregnancy when using an IUD.

Once a month, you can check if the device is properly in place by feeling for the strings attached to the device. They extend down from the cervix to the top of the vagina and can be felt with your fingers. An increase in their length would mean that the device has been displaced into the cervix. The disappearance of the strings mostly indicates a loss of the IUD. Both of these conditions mandate a visit to the gynaecologist and a pregnancy test if the device is missing.

All IUDs have an expiration date; 3-5 years on an average after which they must be removed or replaced with a new one. When left beyond their time, they may embed themselves into the uterus walls making it difficult to remove and increase the chances of infections.

With proper usage, IUDs are very effective at preventing pregnancy. In the rare event that you do get pregnant with one in place, consult your doctor immediately. 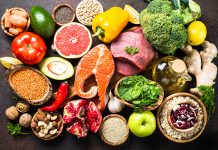 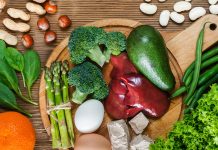 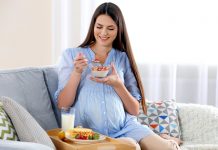 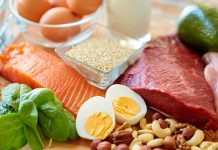 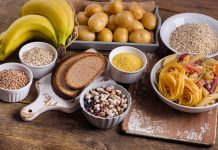 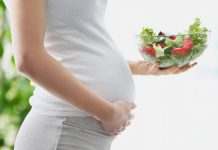 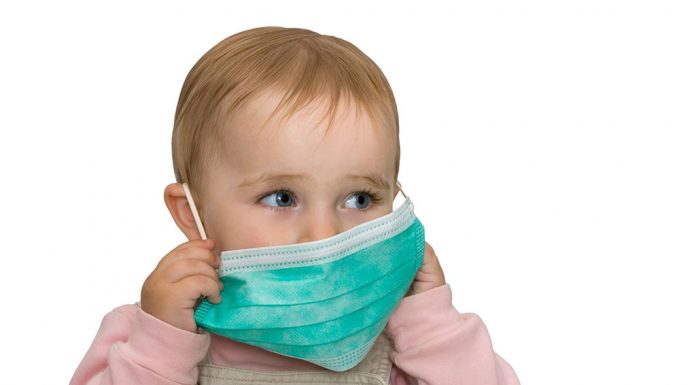 15 Delicious Finger Foods for Baby With No Teeth

21 Weeks Pregnant: What to Expect

Aarohi Achwal - August 20, 2019
Your child has turned two and now he can eat almost every food item that is on your plate. While this might seem like...