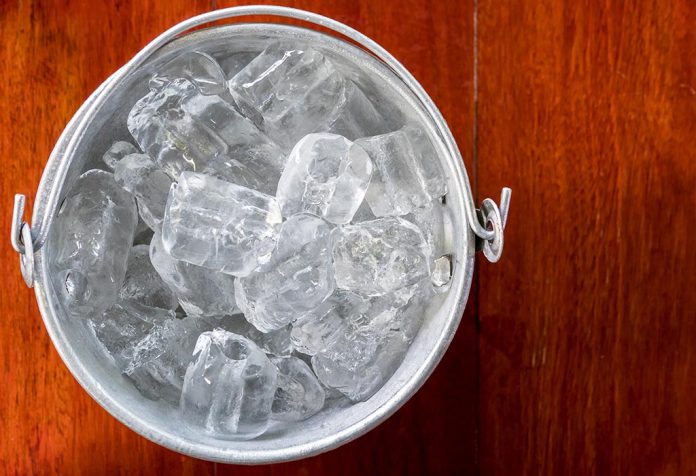 When you are pregnant, you can get some of the most unusual food cravings. You may be tempted to eat things that you would avoid earlier and your favourite food may become the last option. Chewing ice is a huge temptation and most pregnant women would be surprised by their sudden craving for ice. Though these cravings disappear after delivery, it can put an element of doubt in your mind about its safety.

Is Ice Craving Normal During Pregnancy?

During pregnancy, eating ice cubes may become your favourite activity due to the hormonal changes taking place in your body. This is normal, as almost all pregnant women love to do this, and there haven’t been any negative consequences connected to it. Ice is not considered harmful to the human body, pregnant or otherwise. Especially when compared to cravings for clay or dirt, ice is surely a safe choice for a pregnant woman.

In medical terms, the temptation to consume ice is known as ‘pagophagia’. However, regular crunching on ice can do a lot of harm to your teeth and also lead to a sore throat because of the cold. The urge to eat non-nutritive items is caused by a condition known as pica which is common with people who have low iron levels.

Why Do Pregnant Women Crave for Ice?

Pagophagia in pregnancy can cause intense cravings where you would love to gnaw and suck on ice cubes and feel no guilt for doing so. This, however, happens for a few reasons which are listed below:

Most women suffer from morning sickness during the first trimester of their pregnancy. Women who have trouble keeping food, or even water, down can find solace in ice cubes. Ice does not have any odour and can be digested easily, unlike other nausea-causing foods. The queasy, early morning feeling seems to ease by crunching ice and could be a cause for its craving.

This is a serious problem. A powerful and repeated desire to eat ice cubes or any non-food item is a type of pica. This indicates the craving to eat zero-nutrition and non-food items like sand, glue, clay or chalk. Ice, fortunately, isn’t as dangerous, but has been linked to iron deficiency and has to be bought to your doctor’s notice. Pica is still an eating disorder and could lead to health problems during pregnancy. Iron deficiency could lead to anaemia and your doctor may recommend a B12 vitamin supplement and dietary changes. 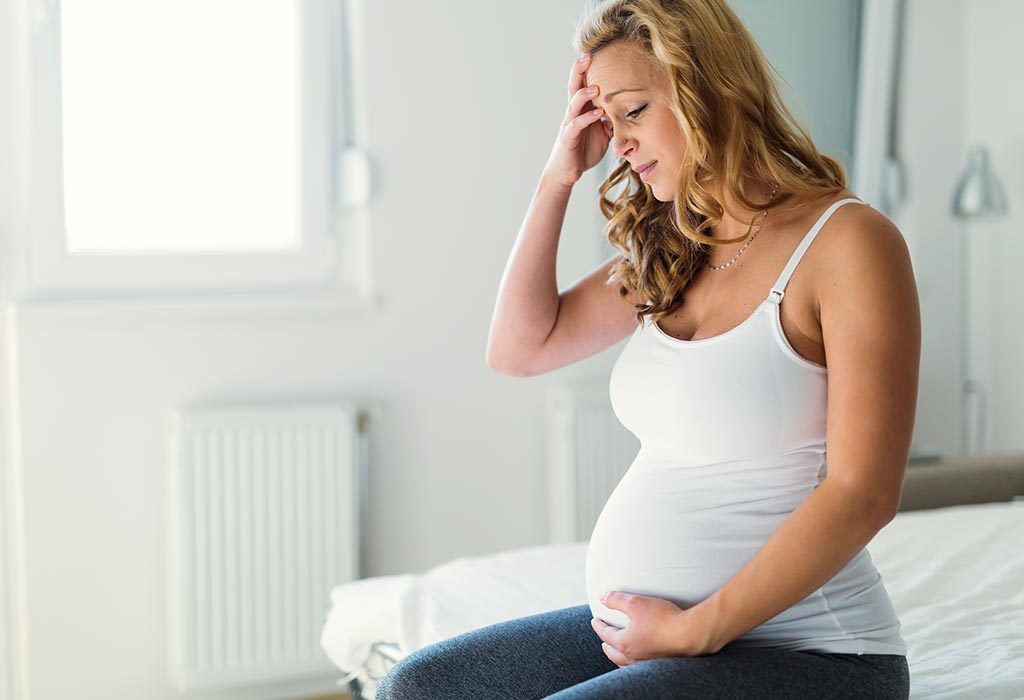 A pregnant woman’s blood volume increases by almost 50% and can make her feel hot. To cope with the increased blood volume, the blood vessels dilate slightly to help the blood come near the surface. This could make you feel warmer than usual. In the third trimester, your metabolism is also high, which leads to heat. This can result in craving ice water during pregnancy, especially in summers. By gorging on the ice, this heat can be conquered to some extent and can keep you and your baby hydrated. However, make sure fizzy, sugary cold drinks do not become a part of this routine.

Heartburn or acid reflux is an uncomfortable feeling, especially when it rears up at the end of the pregnancy term. During pregnancy, the placenta produces the hormone progesterone, which helps relax the muscles of the uterus. This also opens the valve between the stomach and the oesophagus, thus allowing the stomach acids to travel back easily. Ice is a natural method of combating this uneasy feeling and proves to be a handy home remedy.

Pregnant women often suffer from the burning mouth syndrome which brings about a tingling feeling in the mouth. One of the positive effects of eating ice during pregnancy is that it can arrest the pain and numbness in the mouth. Applying ice or consuming it can easily help curb the burning on the lips and the discomfort in cheeks. Since this syndrome isn’t visible nor any tests can be carried out, its treatment can be difficult to analyse. If you experience this feeling, make sure your doctor is informed about it.

Many people have repetitive tendencies like biting nails or washing hands. Since this provides temporary satisfaction, people continue to indulge in it. Eating ice throughout pregnancy can also be connected to the pica disorder, but no research has been able to confirm this. The baby is put at risk since it is being denied vital nutrients as the mother prefers eating ice, leading to serious consequences. 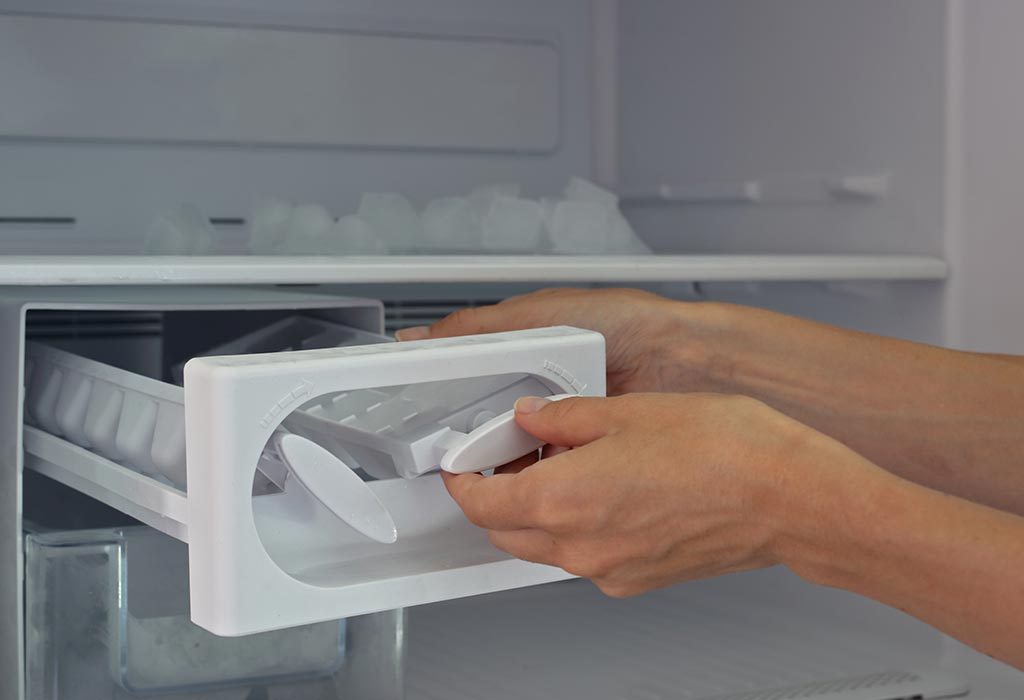 One should be careful while consuming excessive amounts of ice during pregnancy, as it could cause the following problems:

Excessive crunching on ice cubes could damage your teeth, especially during pregnancy. Your tooth enamel could be damaged, thus, promoting decay and increased sensitivity towards hot and cold food items. It is better to let the ice melt on your tongue instead of biting on the cubes.

A sore throat during pregnancy is a common feature but if you have included ice cubes into your diet, it could further aggravate the situation. This will irritate the throat making life difficult in an already challenging situation.

This is a health hazard you should look out for, whether you are pregnant or not. You may inadvertently ingest a large piece of ice and this could lead to choking. Make sure the ice cubes are small in size and always watch what you are eating.

Iron deficiency is quite common during pregnancy, as the mother’s body must nurture two people and the blood volume increases. Women ideally require 27 mg of iron everyday to remain healthy, but not many women consume this required amount, causing anaemia. If you experience fatigue, nausea, dizziness, shortness of breath, weakness, and irritability, you may have an iron deficiency. Here is how you can keep anaemia at bay during pregnancy.

The craving for ice will certainly (well, in most cases) go away after the delivery, so you can be assured that this is a temporary phase. But, if it persists for long, speak to your doctor about iron deficiencies and other such conditions. A simple blood test will be enough to determine your iron levels.