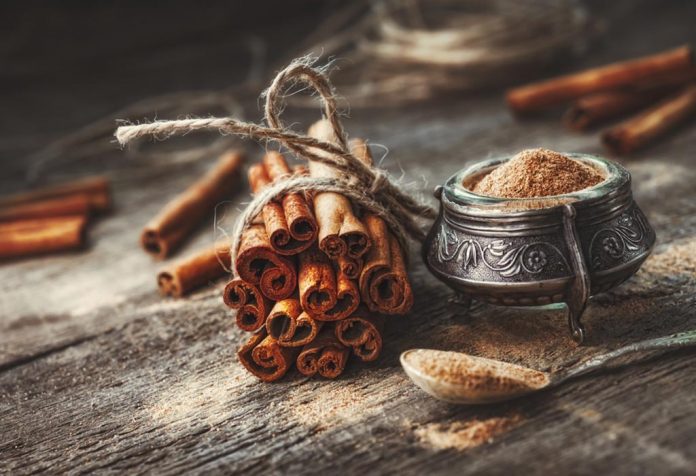 Cinnamon is a common spice that has been used as a culinary seasoning and herbal medicine for centuries. Made out of the richly fragrant bark of many varieties of cinnamon trees, its spicy-sweet flavour makes it an extensively used ingredient in dishes, beverages and desserts. Although pregnant women can eat foods that have cinnamon as a flavouring ingredient, most doctors recommend against the use of its supplements during pregnancy.

Is Cinnamon Safe to Consume During Pregnancy?

Cinnamon can be safely consumed during pregnancy when had in limit as a flavouring or a seasoning agent. It has benefits as an anti-inflammatory, antioxidant, blood sugar regulator, and a natural flavouring agent. Although cinnamon has numerous health benefits, it also has dangerous side effects when consumed in higher amounts. Since it lowers blood glucose levels and prevents blood clots, pregnant women who are on medication for diabetes and blood thinners must be extra careful, especially around surgery. Cinnamon also stimulates menstrual flow, and large amounts can trigger a miscarriage. So, if you are wondering if cinnamon good for pregnancy, the answer is yes and no depending on how much you take. The good qualities of cinnamon can otherwise turn harmful when you’re pregnant. Avoiding supplements and cinnamon-laden foods is a good idea. It’s also better for women with high-risk pregnancies to avoid cinnamon altogether.

Some of the health benefits of cinnamon include:

1. It is a Natural Antioxidant

Cinnamon is among the most valued herbs, as it is rich in antioxidants such as polyphenols (3,4,5). Antioxidants fight free radical damage to the body and promote good health. It also plays a role in fighting off infections caused by fungus, bacteria and parasites.

Cinnamon bark contains active ingredients that can regulate blood sugar levels. When it is consumed in low amounts with food, it can control blood sugar levels in women who have gestational diabetes. However, its role in pre-diabetic and diabetic treatments needs further research.

Cinnamon comes in multiple tastes and aroma, which makes it an excellent substitute for artificial flavouring agents in food preparations. Some of the types include:

4. It Has Anti-Inflammatory Properties

Anti-inflammatory agents found in a certain variety of cinnamon such as Cassia are known to counteract enzymes that lead to inflammation in the body. When taken with food, this can ease joint pains and swelling in the body to give relief.

Cinnamon has plenty of carbohydrates and saturated fatty acids. It is rich in Vitamins C and E along with niacin. Especially of higher content are choline, pyridoxine and pantothenic acid. It also consists of trace minerals such as calcium, magnesium, potassium, phosphorus, sodium, iron, manganese and zinc.

How Much Cinnamon is Safe When Pregnant?

There are no studies that have established a safe amount of cinnamon to consume during pregnancy. General studies involving normal adults put the dosage around 1 to 1.5 grams of cinnamon bark a day. Healthy adults can tolerate that much without side effects.

Since not many studies have evaluated the safety of cinnamon during pregnancy, most of the known risks remain theoretical, based on what is known about some of its ingredients. The concern rises as fetuses do not possess a well-developed detoxification system to remove harmful substances; they are sensitive to toxins in food and medicine.

How Can You Use Cinnamon?

It is not advisable for pregnant women to take cinnamon in large quantities on a daily basis. A pinch of the spice or less than half a teaspoon is acceptable regularly. Cinnamon can be used in cooking for a rich flavour in dishes such a pulao and biryani. Its presence in pastries, pies and other bakery products is small enough to be harmless to the foetus. Cinnamon tea in pregnancy is also okay once in a while, as long as it is had sparingly. Cinnamon also contains essential oils that can be dangerous to the foetus and can even cause miscarriages. Therefore, it is advisable to put off aromatherapy that uses essential oils of cinnamon during pregnancy. 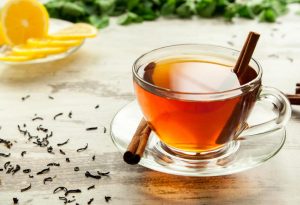 Precautions to Take While Having Cinnamon

Side-Effects of Cinnamon in Pregnancy

For those wondering if cinnamon and pregnancy can go together, here are some side effects to look out for:

When taken in normal food amounts, cinnamon can be safely had by women who have a healthy pregnancy. So, don’t hesitate to add it to your desserts from time to time!