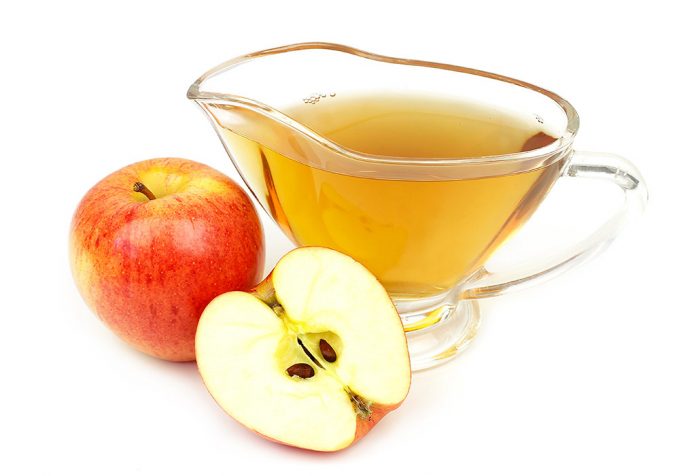 Pregnancy is a time when extra care and precaution mus be exercised. . A woman’s health goes through various changes like hormonal imbalance and a weak immune system. During this period, it is vital that you take care of yourselves by utilizing any tricks or remedies at your disposal. One of the most beneficial trick available to pregnant women is consumption of apple cider vinegar.

What Is Apple Cider Vinegar?

Apple cider vinegar (AVC) is one of the most common types of vinegar available. It is made from cider, a type of concentrated apple must that has been left to ferment over a period of time. The cider first ferments to alcohol before finally transforming into acetic acid. It is safer to consume pasteurised vinegar as it is free of harmful bacteria that can cause E. coli in pregnancy.

This versatile ingredient can be used in salads, sandwiches, and mixers. However, it is most beneficial to drink a teaspoon of apple cider vinegar every day. Remember that unfiltered, unpasteurised apple cider vinegar is extremely potent and can burn your oesophagus if consumed raw. It is recommended to dilute a teaspoon of vinegar with a quarter glass of water before consumption.

Is Having Apple Cider Vinegar Safe While Pregnant?

Drinking apple cider vinegar while pregnant is safe as long as it is pasteurised or diluted. Consumption of raw apple cider vinegar during pregnancy is not recommended due to its potency, its potentially harmful bacterial content, and a weakened state of the immune system during pregnancy. The bacteria in unpasteurized ACV are considered healthy for people who are not pregnant because of the overall strength of their immune systems and the requirement for bacteria of this nature. Pregnant women, on the other hand, must be cautious as a foetus has requirements different to that of a fully developed baby. Another consideration is the antibodies that support the immune system are overworked during pregnancy and may fail to combat the adverse effects of this kind of bacteria.

Consuming ACV during pregnancy is highly recommended because of its numerous immunity-boosting and health benefits like:

Apple cider vinegar combats a lot of conditions that pregnant women often are challenged with. ACV is also an excellent source of natural immune boosters.

What Quantity of Apple Cider Vinegar Is Good During Pregnancy?

It is recommended that women who are pregnant consume between 1-2 teaspoons of apple cider vinegar a day, diluted with a half or a full glass of water. The frequency can be up to 2 times a day, or as per convenience.

A general rule of thumb would be to go with pasteurised consumables during pregnancy as they eliminate potentially harmful bacteria. T. Pasteurised ACV is recommended as it has lower risks and higher rewards.

ACV can interact badly with drugs like insulin as well as some diuretics. Seek advice from your primary healthcare physician to see if the drugs you are on can react adversely when combined with ACV.

Tips For To Be Mothers

Here are some tips when using apple cider vinegar:

Conclusion: Apple Cider vinegar is beneficial for your body, especially during pregnancy. It has multiple health benefits and is quite safe. Pasteurised apple cider vinegar is recommended for pregnant women. The consumption can be once or twice a day, a tablespoon of vinegar mixed with a glass of water, depending on the dose advised by your doctor. How to Teach Colours to Toddlers and Preschoolers