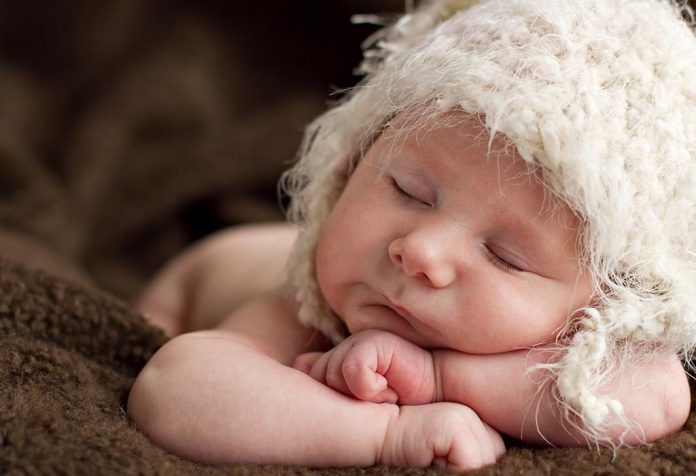 Every mother feels like one only when the baby seems to accept that fact as well. And this is one of the stages when that can happen. At the 6 week mark, your baby has spent a good amount of time with you and has become accustomed to you. There’s a lot more that has gone on internally and his growth has been a lot more than before.

With the passing weeks, your 6 week old baby growth spurt will be more evident now. He will be able to distinguish you from other people and form a bond of trust at the sight of your face or on hearing your sound. This is also the time when there is a higher chance of your baby actually recognizing you and smiling on seeing you. Even if that doesn’t happen, it should happen in a couple of weeks following this. Your baby will prefer to spend more time with you and make a lot of cooing sounds and noises on noticing that it is you near them.

By this stage, it is important to schedule a full checkup of the baby with your doctor. As the growth preceding this time duration has been tremendous, the 6 week old baby weight gain can be somewhere around a half to a full kilogram from the last time you checked. Your doctor will double-check that and ensure that the weight gain is healthy and on track. All the important joins of the body such as the legs, hips, and even the spine will be examined and heartbeat would be observed. Your doctor might ask you certain questions about the daily schedules and how certain problems are being handled. On similar lines, it is also necessary that you, as a mother, get a checkup done for yourself, too.

This stage is important since by now, the hearing capabilities of your baby would have developed completely. He will be able to perceive a lot more sounds than earlier and understand the nuances between various tones as well. You can start playing music for your child as well, something that is light and happy and calming, nothing loud or extreme. Later, you could hum back this music to your child and watch him listen intently or coo in admiration.

The facial expressions and communication start reaching new heights as your baby starts to learn how to smile and begins to use his facial muscles to make other expressions. The faces your baby makes during this stage range from adorable to hilarious. He might flutter his lips, look at you with an expression of surprise, or reflexively raise one eyebrow at a time, leading to some epic moments.

Around this stage, a 6 weeks old baby’s feeding amount undergoes a slight change. Their demands to be fed are not as frequent as before and there is a fair chance of the feeding sessions to be spread out through the day. There might a semblance of a schedule set in. Your baby might also discover that you have more than one breast, and then want to feed on the other one. This could happen even in the middle of the feed, where he suddenly goes for the other breast to continue feeding. If his hunger has increased, he could want more milk than usual and go for the other breast because of it.

For bottle-fed babies, you will notice that the formula tends to get over sooner than usual since their demand for food would have increased. At times, your child might feed slightly more than has been mentioned on the pack, or slightly less, too. That is completely fine as long as the weight gain is on track.

Another thing that undergoes a chance is the amount of sleep. For a 6 week old baby sleep patterns are massively different from what was before. Earlier, when your baby would sleep undisturbed for long hours, he might wake up within half an hour or so and either want to be fed, or play around. Though this might be natural, it is important to put your baby back to sleep since they need a specific amount of hours of sleep every day.

Making them used to be nursed or rocked prior to sleep could become a habit and lead them to not sleep immediately after feeding. Try inculcating the habit of sleeping in them by simply laying them down in their cradle.

As your baby grows drastically through the week, you might need to get new clothes for him since he’ll soon outgrow them. Some babies tend to grow more weight or less weight than others, so don’t make it a comparative exercise. As long as the weight gain falls within the healthy range, your baby is fine.

If your baby sees you now, there is a good chance he starts recognising you and shows you that with a smile. Even simple smiles can convey a lot between the both of you and help build a strong bond.

The awake times of babies around this stage seem to increase. This could, at times, lead them to cry if they are bored or they don’t get enough sleep. If a 6 week old baby sleep schedule gets disturbed, they could have trouble falling asleep again, leading them to be irritated and upset.

At times, the stimulation of toys and people could get overbearing for them. Or being by themselves for long hours could cause them to vent their frustration by crying out aloud. During such times, trying to feed them or playing around with them may not calm them down and they will continue crying. Taking your child in your arms and walking around with him, distracting him with other conversations, and cuddling him, could calm him soon and put him to sleep or stop his crying.

At times, extreme hunger or pain could also cause him to be upset and cry a lot. Figuring out the reason behind your child’s wailing can be quite a task. It is only through multiple incidents that you can start getting a hang of it and make them feel better.

Around the 6 week mark, two major vaccinations are scheduled to take place.

The first is the triple vaccine DPT, or diphtheria, pertussis and tetanus vaccine. This vaccination is instrumental in preventing a number of illnesses of the respiration system from occurring, including a whooping cough. The first tetanus shot is also given at this stage.

The second vaccine is the IPV polio vaccine. As a result of both the vaccines, your child might have a very light fever and even some pain and swelling in the area where the vaccine has been applied.

Your baby is still too young to form words by himself. However, his visual powers have grown and he can start attempting to remember items or make similar sounds. This is where all the pamphlets that come with newspapers or old boxes of cereals or formulas even, can be quite helpful. Old comics with large pictures are great to be introduced, too. Show your child the images or colours and say their name loud and clear. Try and take simple words like “blue” or “yellow” and see if your child tries to make similar sounds by cooing or grunting. You can hang tiny objects of animals over his cradle as well.

He might also be able to stay on the tummy for a little longer than usual. You can make the best use of it by lying him down on a small sheet on the bed. As he lifts his head or tries to use his arms, gently pull the sheet towards you. This will give him an illusion of movement and make him understand that behaving in such a manner can help him move.

Consult a Doctor If

If there are signs of 6 week old baby fussy or upset, there is a chance he might be suffering from some illness.

Check his temperature. If it is more than 100.5 or so, let your doctor know about it. Do not try to administer any medication by yourself since that could be quite risky. At the same time, if your baby has reduced appetite by quite a large amount, doesn’t feel like feeding, is lethargic and generally unhappy, it is important to get him properly examined by a doctor for any serious conditions.

With nearly a month and a half spent with your baby, your bond with him will start getting stronger day by day. As your communications increase and your schedules start falling into place, you will start finding some time for yourself as well as let your child have a safe environment around him, too.

Fatigue during Breastfeeding – Reasons and Natural Ways to Treat

10 Delicious and Easy Mocktail for Kids