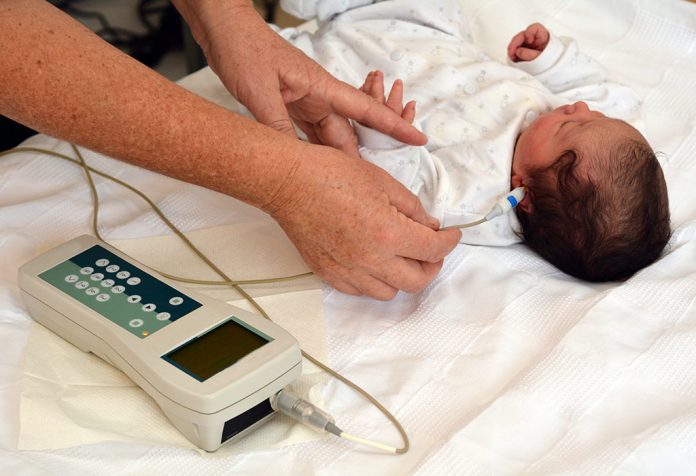 According to medical reports, it is observed that 2 or 3 among every 1,000 newborn babies suffer from hearing loss. This makes a hearing screening test for newborns a necessary procedure. Two tests, in particular – the OCE test and the AABR test – have been used around the world to assess if the baby has any hearing loss.

Hearing loss can have serious repercussions on the baby’s development. It inhibits the child from learning how to speak. Newborns learn from the environment around them. While babies with hearing problems can learn visually, they will be unable to pick up speech as they cannot decipher the sounds around them. A conversation initiated by the mother may sound like nothing more than muffled noises. This eventually results in impaired speech.

A hearing test can catch this impaired hearing, and the child can be sent for speech therapy. According to audiologists, children treated for hearing loss in time will never have difficulties in speech, language skills, reading and writing.

Hearing test for infants includes the Otoacoustic Emission Test (OAE) and the Automated Auditory Brainstem Response Test (AABR). The type of test that is performed largely depends on the hospital. Some hospitals perform both tests, which is more thorough but could be more expensive. Others first screen for OAE and only if the newborn fails this test do they perform an AABR test.

The screening test can be performed at the earliest and is usually carried out at the hospital before the baby gets discharged. Experts recommend that the test is conducted when the infant is about a month old as they can clearly differentiate between sounds at this stage in life. However, there is no harm in extending the test until the infant is three months old.

How Is Hearing Test For Newborn Done?

As discussed, AABR and OAE are the two tests that are carried out on the baby:

The OAE test for newborns is conducted to find the movement of sound waves in the inner part of the baby’s ear. A ticking sound is passed, and the ear is tested to see if it instantly responds to the sound.

The test is conducted when the child is calm and sleeping. To get better results, one can feed or hold the child to make them feel comfortable.

In the ABR test, the brain of the baby is connected to the computer with the help of sensors. The brainwave activity is tested by transmitting clicking sound using small soft earphones which are placed in the baby’s ears.

When Will You Get Results Of Baby Hearing Test?

Once the OAE test is conducted successfully, which takes not more than 5 to 10 minutes of time, the results will be displayed on the screen in about thirty seconds.

The AABR test can take as long as about two hours. The results will be shared immediately after the test is completed.

Hearing is measured in Decibels Hearing Level (Db HL). For an OAE test, the range of 30 Db HL is considered the upper limit. If a newborn fares more than 30 Db HL, it is assumed that some hearing loss is present.

An AABR is a screening test and does not evaluate the degree of hearing loss in a child. It has a pass/fail approach where the computer sensor gives out one of the two results based on its calculations.

What Happens If My Baby Fails The Hearing Test?

When the newborn child does not respond to the OAE test as expected, the doctors conduct the test again. This is because a newborn with perfect hearing may also fail the OAE hearing test. The reasons for the failure of the test could be a gathering of debris in the ear canal, a noisy room while performing the test, or if the baby keeps crying. All this makes it difficult for the baby to pass the test. It is observed that babies who fail the test for the first time often successfully pass the test on the second attempt.

If your baby fails the OAE test for the second time, then the audiologist will conduct an AABR test to be certain that there is indeed a hearing problem. After this, follow up tests are done which are more thorough and will involve other professionals like the Early Intervention Specialist, Paediatric Audiologist, and an ENT Physician.

If Hearing Loss Is Found In a Newborn What Are The Further Treatments?

There are plenty of options for the treatment of children who suffer from hearing loss. The Early Intervention Specialist is an individual who works exclusively with children who have hearing disabilities. Their guidance helps the child overcome communication barriers by identifying their weak points and strengthening them. This treatment is more developmental than medical. The Paediatric Audiologist is one who looks into the medical aspects of the hearing loss and may recommend hearing aids or in some cases, corrective surgery.

If My Baby Passes The Hearing Test Can They Still Have Hearing Loss?

The mentioned tests only check for hearing impairment that has taken place at the time of birth. This could be because of pregnancy-related issues or genetics. However, this does not mean that a child cannot have hearing impairment in the future. Trauma to the head, listening to loud music constantly, and ear infections are all dangerous and can cause impaired hearing.

The screening test should regularly be performed during every medical check-up of the newborn baby. In case of any doubt, one can always consult an expert such as an audiologist on what the future course of action should be.

Conclusion: Hearing loss is a big hurdle in the life of any child as it may prevent them from being socially active and academically competent. A screening test at an early age can help parents understand the issue and not panic when their infant is unresponsive during their early months. Early treatment such as speech therapy and minor surgery can help children with hearing impairment live a normal life. 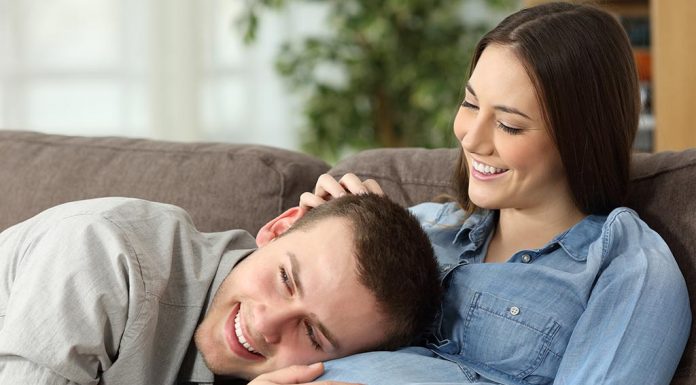 Baby Moves Or Kicks In Night When You Are Pregnant– Is It Safe?

Should Parents Take Parenting Classes – Its Pros and Cons