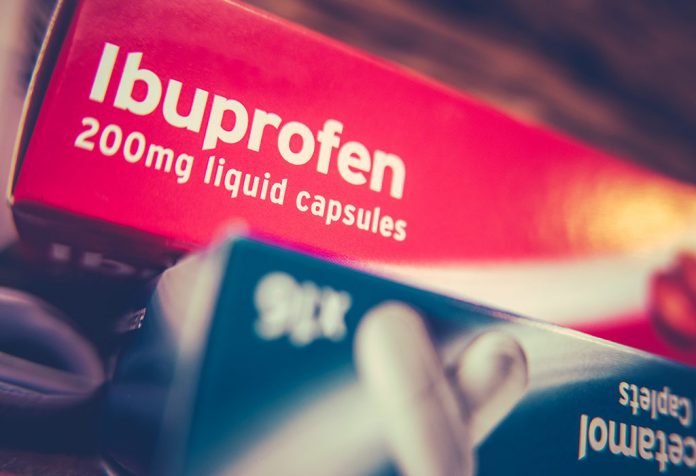 Watching your kids suffer, can make you want to bawl your eyes out. Feeling helpless is something we all feel at some point during our journey as parents, and often there is little that we can do to help them. Thankfully, Ibuprofen is one medicine that can help make you feel a little less helpless and your kids a whole lot better!

Developed during the 1960’s, this medicine is used mainly to treat pain, inflammation and fever. It is classified as a non-steroidal anti-inflammatory drug that can be sold over the counter. It so widely used and has been listed as essential medicine required by the healthcare system by the World Health Organisation (WHO). Ibuprofen has a simple yet effective method of inhibiting the production of an enzyme called prostaglandin around the area of injury. This enzyme is known to give the sensation of pain, and its reduction helps in pain alleviation.

Is Ibuprofen Safe for Children?

This medicine has been used for over half a century and is one of the most trusted drugs known to mankind. However, on infants that are below the weight bracket, usage may not be recommended. Nevertheless, older kids will not face too many issues with Ibuprofen and are relatively safe provided the dosage amount is adhered to.

As it has passed its patenting period, it is now available in as generic medicine and marketed under different brand names across the world such as Brufen, Advil and Nurofen. In India, some of the well-known names include Combiflam, Unafen and Brufen.

How and When to Give Ibuprofen

Ibuprofen is ideally consumed along with food to avoid any digestive issues. How much one consumes depends on factors such as age and weight. As a result, adolescents, toddlers and infants are never given the same dosage.

The timing of giving the medication will be provided by the doctor/pharmacist.

Who Can Take Ibuprofen?

If your child has a high fever but is responding well to home remedies that are alleviating the symptoms, Ibuprofen is not required. It is only when all other measures fail that you must turn to this.

Who Should Avoid Taking Ibuprofen?

What if a Child Takes Too Much Ibuprofen?

The British National Formulary says that children should never be given more than four doses of Ibuprofen in a day. Wait for half a day before giving them their next dosage. Some of the symptoms that indicate on overdose include:

In case these symptoms are displayed, you need to take your child to the hospital immediately. The doctors will give your child liquid charcoal to absorb the drug. Testing has shown that consuming over 636 mg per kilogram is fatal in animals. However, in humans the case is different as in most cases, the subject becomes violently ill but does not die.

What if You Forget to Give it?

Don’t panic if you have forgotten to give the medicine at the scheduled time. Give your child the medicine the moment you remember. If a lot of time has lapsed and it is time for the next medicine, avoid giving two doses simultaneously. Simply give the amount that is due for that time frame to avoid an overdose.

Side Effects of Ibuprofen in Children

Some of the side effects that your child may experience include:

Precautions to Take While Giving Ibuprofen to Your Child

Once consumed, it can take about 15-30 minutes for the medicine to get into action. It would take about 1 hour for your child to feel the effects of it.

It does not mix well with other medicines and is usually a recipe for disaster. Please mention to your doctor that your child is on other medication if Ibuprofen is suggested.

If a child vomits after ingestion of the medicine, see if there is any darkening of stool accompanied by stomach pain. If this is the case, it may be a case of stomach ulcer and needs to be taken to a doctor. If it is exclusively vomiting, try giving the medicine along with food to reduce this.

Ibuprofen is an emergency medicine that can be used to relieve the symptoms rather than doing any healing work. While there are a lot of benefits, parents are always cautioned to use the medicine as a last resort. Sustained usage over time for even a mild fever can lead to issues like stomach ulcers and kidney stones.