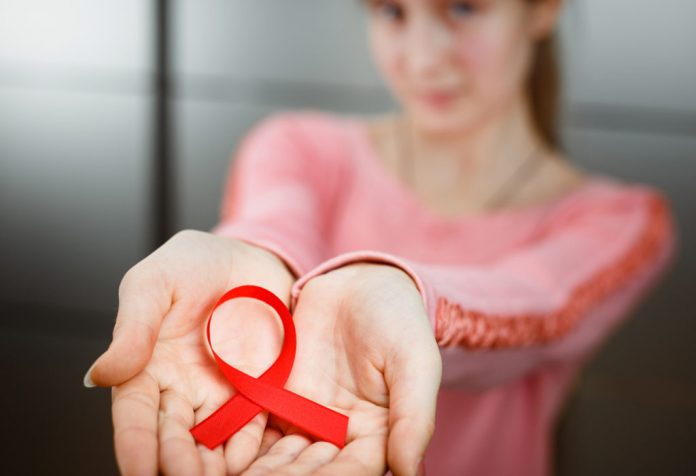 Being infected with a disease that has no successful treatment can be difficult to deal with, especially in case of little children. Despite enormous efforts to prevent the transfer of the HIV from mother to child, more than 1.5 lakh children were affected by it in 2016 alone.

The infection caused by the Human Immunodeficiency Virus turned into a pan-global epidemic during the 1980’s. Originally thought to have crossed over from monkeys to humans, the disease spread from the United States to the rest of the world.

There is a lot of confusion between HIV and AIDS, both of which have been used interchangeably. They are both connected but are not the same. The HIV, upon entering the body, attacks the CD4 cells, which is a type of immune cell. These immunity cells are then used by the HIV to replicate itself. As a result, the HIV cells begin to increase while the immunity cells begin to decrease. This process can take years to complete during which time the child will show no outward symptoms of infection. Finally, after enough CD4 cells are destroyed, the body is no longer able to defend itself. This makes the body vulnerable to even harmless diseases. Even a common cold will now be deadly as there aren’t enough immunity cells to fight of the cold. Once this level has been reached, it is known as AIDS.

There are several ways in which HIV can be transferred to children. Some of these include the following:

Most of the HIV cases in children are due to the fact that their mothers were HIV positive when pregnant. This may happen across the placenta, through breastmilk, or while giving birth.

If a child has been in an accident/ requires surgery, there is a chance that the blood obtained by the hospital may be from an individual who carries the HIV. While most hospitals are vigilant, there have been numerous instances where it has been discovered that blood drives campaigns end up taking the blood of infected people.

Children who have access to injectable drugs are at a high risk of getting HIV. This is because they often share needles which allow the virus to directly enter the bloodstream.

The symptoms vary depending on the age group and so have been broadly classified into infants and children.

Each infant may exhibit different symptoms or all the below:

The aids symptoms in children are similar to an infant but with some other symptoms as well such as:

How is the Diagnosis Done?

The diagnosis is multi-faceted. As HIV can be passed on from mother to child, HIV testing is recommended for all pregnant women. While in some countries this is mandatory, in others there is an opt-out approach, meaning that it optional. Women who test positive for HIV are then kept under observation and the newborn is subjected to testing.

The standard tests that are done on adults do not work on infants. This is because of passive HIV-antibodies that may have been passed on by the mother’s bloodstream. They are subjected to a test called HIV DNA PCR which can detect the infection a day after it was acquired. This test is suitable for kids who are less than 18 months of age.

Children who are older can be given the same test that is done for adults. This is called the ELISA test which checks for the HIV antibody. A follow-up Western Blot test is done to confirm the same and avoid a false positive. The rapid HIV tests that are carried out for mass HIV detection programs are also reliable, but this also needs to be followed up with the Western Blot test.

HIV treatment focuses on retarding the spread of the virus.

Antiretroviral Therapy, or ART, is the foundation of HIV treatment. They are drugs that are used to prevent the spreading of the HIV and keeping a healthy amount of CD4 in the body. While it cannot eliminate the virus, it helps to significantly slow down the progression of the disease. ART is often a combination of more than two drugs to ensure that there is no chance of drug resistance. This is known as Combination ART.

Growing Up With HIV

Growing up with this form of infection is not an easy task and has many implications:

Who you want to tell about your child’s condition is based on your prerogative. Due to the social stigma attached, there may be some hesitation on who you wish to tell, which is understandable. Limiting it to close family members, doctors, and dentists are sufficient. A study showed that of the 53% HIV-positive children who attend school, the school officials were kept in the dark of their condition.

Exposing others to your child does not put others at risk. Eating, hugging, talking and sitting next to your child will not pass on the disease to other people. However, there are some guidelines that can be followed to keep your child and others safe:

HIV is an infection that once acquired, cannot be removed from the body. However, due to the advances in modern medicine, this isn’t a death sentence. Many children affected by HIV can have a normal childhood and live a long life.

As most cases happen due to infected mother transferring the virus during birth, the prevention methods will be focused exclusively on this.

While it is unfortunate that kids must go through something so traumatising, it is heartening to remember that the incidence of HIV in children has reduced significantly. This can be seen by the fact that in just five years (2010-2015), more than 10 lakh cases of HIV have been averted.