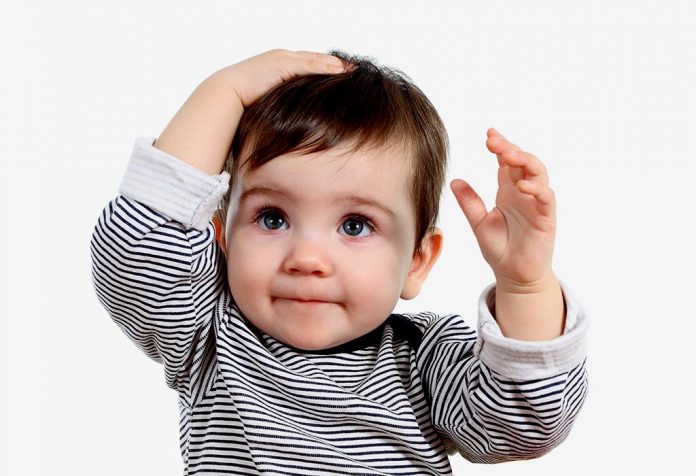 Babies and infants, being still in the early stages of life out of the womb, are slow to outgrow habits that are formed in the womb. Such habits include thumb-sucking, body-rocking and head-bangin

What is Head Banging?

Head-banging is the act of tapping one’s head against a hard surface in a rhythmic manner. It is often done by babies as a way to find relief from pain or frustration.

Is Head Banging Common in Babies and Toddlers?

Head-banging is relatively common. It is believed to affect around twenty per cent of infants, the majority of them being between 18 and 24 months of age.

How Long does it Last?

Head-banging is a habit child naturally grow out of by the age of four years. If the habit persists beyond three years, however, it would be wise to have it checked by a professional to see if it might be caused by something out of the ordinary.

What are the Signs of Headbanging in a Young Child?

Why do Babies and Toddlers Bang their Heads?

Though mostly done as a habitual soothing rhythmic act, head banging could be caused by pain, frustration and other factors.

The prominent theory on headbanging in babies posits that it is a manifestation of the child’s kinaesthetic drive. Kinaesthetic drive refers to the pleasure one feels in movement – rocking in a cradle, swinging, sliding, etc. Even when in the womb, the foetus is constantly rocked as the mother moves about. This soothing feeling in rhythmic movement is what comes into play when you rock your baby to sleep too!

Just like adults, babies instinctively recognise that a mental distraction could help focus away from pain. Head-banging is used as a means to numb the pain the baby feels from infections, and other causes.

The reason behind a baby head-banging could simply be frustration. This is especially true of babies that are yet to learn to speak or express their frustration in any other way.

The human craving for attention is a natural part of being a social animal, and in infants, it could sometimes express itself as toddler headbanging tantrums.Babies who do this need to be observed carefully as it could result in self-harm just to get attention.

Headbanging behaviour is often seen in children with autistic tendencies, and less often, other developmental issues. However, as far as head banging babies go, this is only a minority of the cases.

How is Diagnosis of Head Banging Made?

As stated before, in a minority of cases of headbanging, it may be an indication of developmental issues like baby headbanging autism.Diagnosis of autism can only be made at the age of fourteen months or older as it is by this age that primary communicative cognisance begins developing.

If a baby of fourteen months or higher does not display any of these characteristics, there is a likelihood of autism.

What to do when your Child Bangs its Head?

A head-banging child might be a worrying sight and thinking about how you can stop the behaviour may make you head-bang, yourself! Here are some things to keep in mind:

The behaviour fades away as the baby grows older and disappears by age 4. Also, the baby isn’t hurting itself beyond regulation as they control the action themselves.

2. Do not Encourage Self-Harming for Attention

If the baby is headbanging with the intent of securing your attention, giving them attention right then is the worst thing to do. This would make them repeat such behaviour later on and could lead to serious self-harming tendencies in later life.

Give the baby more attention when they are not headbanging. It is best to ignore the behaviour as scolding them could aggravate the situation.

This is one of the situations where baby–proofing the living area pays off. Protect your child’s head by making sure no sharp, pointy objects or other grating hard surfaces, such as granite, are present. For babies who head-bang prior to sleep – make sure their bed or cradle has no loose screws or sharp edges they might accidentally hit. Padding the sides of the cradle is recommendable.

Headbanging indicates extra unspent energy, which may also be some nervous energy. Let the child utilise this energy in their play so that they go to bed exhausted.

If the baby uses head-banging as a tool to get themselves to sleep, replace this with a bedtime routine that you are present for. It may be as simple as rocking them to sleep, reading them a story or lightly massaging them.

If the baby head-bangs despite hurting themselves, it is best you consult a doctor. Check for signs of teething or ear-infection, as these trigger head-banging.

How can Head Banging be Prevented?

Head-Banging tends to be habitual. Hence the best way to curb it is to bring down the instances of head-banging. For example, distracting a child that is head-banging, setting up a bedtime routine, etc. all reduce the number of times the child does this, and in the long run, helps break the habit.

When to See a Doctor?

While this behaviour is mostly normal, you need to visit the doctor is:

If your 1-year-old baby is banging head causes concern for autism approach the doctor at around 14 months of age.

Head-banging is rarely an indication of underlying conditions as it is a natural act that babies stop doing by the age of 4. It usually just appears to be worse than it really is!