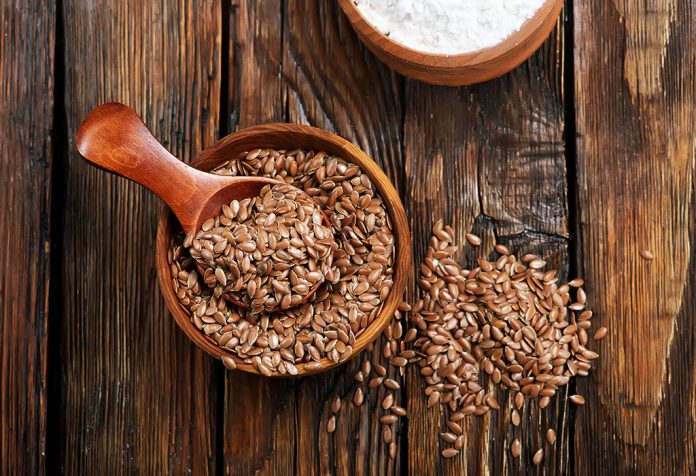 The requirement of balanced nutrition that provides all of the necessary elements is a necessity for babies and kids that are at the peak of their growing age. The inclusion of flaxseeds for a child is a decision that might have to be taken properly, rather than directly making it a part of their diet. There are a number of food items that your kid needs to be consuming on a regular basis, but eating habits can necessarily not be correct at this stage, leading them to fall short of any particular nutritious elements that might be vital to them. Flaxseeds can help them keep all of it balanced in an appropriate manner.

Flaxseeds are procured from the flax plant which is one that keeps flowering perennially across the year. Usually present in the western regions of the world, the seeds can be found even in the nearest stores. The plants have been cultivated and the seeds have been used since the old ages in many civilizations, too.

When To Introduce Flaxseeds To Babies?

Flaxseeds rarely trigger any allergies in babies, making them generally safe to be given to any babies. The ideal age is usually the time when babies are prepared to start digesting solids, making them a great fit when your little one is about 9 months old or so. 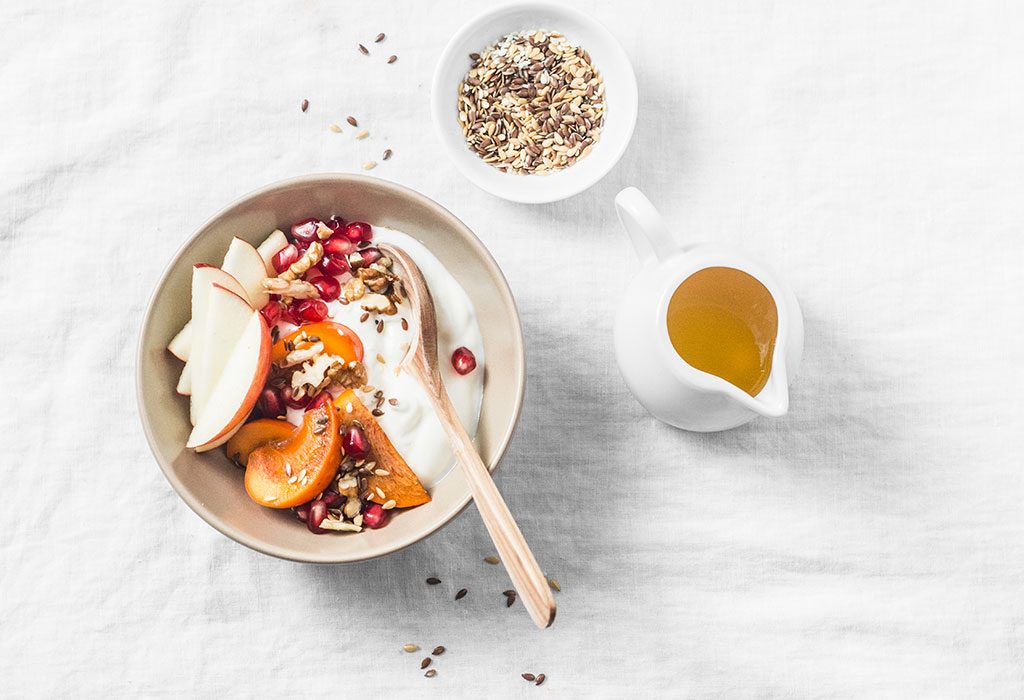 Benefits Of Flaxseed For Infants And Kids

Apart from the nutrition that they provide, there are tons of properties that benefit the baby directly or indirectly in numerous ways.

One of the rare constituents that flaxseeds contain are known as lignans. These are known to protect the body from numerous possibilities that could cause cancers presently or later on in life.

Many studies have reported that flaxseeds have also ended up substantially reducing the risks of various problems associated with the respiratory system. The culprits in this regard are various compounds that cause inflammation. By hampering their production, flaxseeds reduce the chances of asthma, migraine and other disorders from emerging.

The body of babies and kids is still developing in various ways, especially in terms of brain growth and the improvement of eyesight. Omega-3 fatty acids play a vital role in this regard since they pretty much stimulate this development. Flaxseeds contain alpha-linolenic acid, which allows the body to build the omega-3 acids and support the overall growth.

The amount of fiber in flaxseeds is what makes it a favourite amongst health fanatics since it works on the bowel movement and puts back the normal functioning of the digestion system in a jiffy.

Proteins play a huge role in a child’s development, providing them with the energy they require for metabolic activities, as well as the internal growth of other organs. Flaxseeds provide all of it within a nice package with multiple compounds to go along with it.

Possible Side Effects Of Flaxseeds On Children

The multiple advantages of flaxseeds might get you all excited to start using them in your child’s food preparations right away. However, the superfood that it is does not come without the potential side effects it might cause.

How To Store Flaxseeds?

Flaxseeds can decay quite easily if they aren’t stored in the right manner. Storing them in the refrigerator is the best way to store them. If the seeds are whole, these can last for up to 2 years when stored properly.

Can You Use Flaxseed Oil As A Substitute For Other Cooking Oils?

Since flaxseed oil can also be obtained, you might think of using it as a base oil in your child’s food preparations. But that is a bad idea. Flax oil is not meant to be used in cooking and any exposure to heat will immediately cause it to burn and be spoilt. 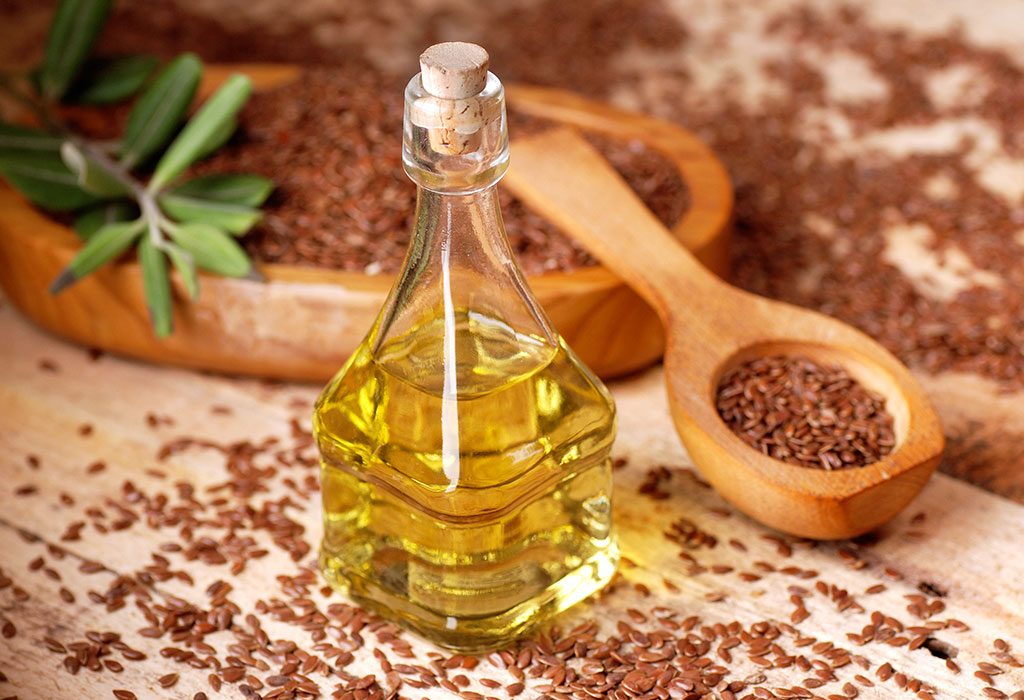 How To Include Flaxseed In The Child’s Diet?

Flaxseeds can go with numerous food items. Making them a part of your child’s diet can be possible in different ways if your little one is young or has grown up to be more than a year old.

Choosing to include flax seeds with baked items is not a good idea since it can prevent absorption of all the constituents in an appropriate manner. To be able to bring the most benefit, these seeds need to break down completely within the body and be absorbed by the digestive system.

In The Diet Of A Child Above 1 Year

As cooperative your baby might have been in the early years, he might not like flaxseeds as he starts growing up, deeming it as a distraction or an unwanted entity. But you can still find great ways to include them without him figuring it out.

Flaxseeds are used for numerous purposes by people and even by certain nutritionists. Right from using flaxseed oil for child for constipation to including them as a supplement for enhanced health, your children can benefit from them when administered in the appropriate amounts. Rest assured they will warm up to their presence in the diet after a few instances.