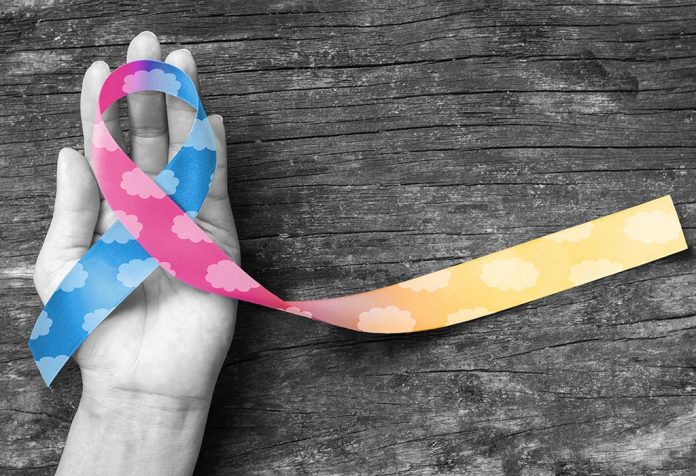 Diaphragmatic Hernia, also known as congenital diaphragmatic hernia (CDH) is a very rare form of congenital disability that happens in about one in 3000 pregnancies. It is an abnormality that occurs in the foetus as it is developing in early pregnancy. An opening in the diaphragm which separates the abdomen from the chest causes organs in the abdominal cavity to move into the chest cavity. It results in underdeveloped lungs and related breathing problems once the baby is born. CDH can be detected early and treated during pregnancy or post-delivery.

What is a Diaphragmatic Hernia?

The diaphragm is a flat and wide muscle that separates the abdomen from the chest cavity. It begins to form in the foetus when it is about 8 weeks old. When the diaphragm fails to form completely it leaves a hole behind which leads to a defect termed as a congenital diaphragmatic hernia. Most of the CDHs occur on the left side, and the gap allows the organs of the abdomen such as the intestine, stomach, liver, spleen and kidneys to be pushed into the chest of the foetus. When these organs move into the chest cavity, they occupy the space which the lungs would normally need, to develop fully. This affects the development of one or both lungs. The foetus doesn’t need lungs to breathe in the womb as the placenta provides all the oxygen. When the baby is born with CDH however, the lungs are too small to provide sufficient oxygen for the baby to survive. A diaphragmatic hernia in infants can be treated surgically with good chances of recovery.

How Common is Diaphragmatic Hernia in Newborn Babies?

Types of a Diaphragmatic Hernia

A diaphragmatic hernia can be divided into two types:

The Bochdalek Hernia accounts for about 80 to 90 percent of the cases and involves the side and back of the diaphragm. Organs such as stomach, spleen, liver, and intestines normally move up into the chest cavity. In this type, the diaphragm may not develop completely, or the intestine may become trapped while the diaphragm is forming.

A Morgagni hernia is extremely rare and accounts for about 2 percent of the cases. It involves a hole in the front part of the diaphragm. It is characterised by the liver and/or the intestine pushed up into the chest cavity.

The signs of a diaphragmatic hernia in infants include:

A congenital diaphragmatic hernia is often diagnosed before the baby is born. About half of the cases are discovered during a routine ultrasound exam of the fetus. Red flags such as an increased amniotic fluid in the uterus are often a sign. If it goes unnoticed in the ultrasound exams during pregnancy, there are signs and symptoms the babies show of CDH after they are born. Based on the symptoms the doctor may go for the following tests to diagnose CDH:

The treatment for CDH depends on how severe the condition is and what the safest options are which yield desirable results in the long run.

When Your Child Will be Discharged

Most babies will have to stay under Neonatal intensive care after the surgery to help them breathe until they can do so in their own. Depending on the severity of the CDH, their stay may vary from about 3 to 12 weeks in intensive care.

How will Your Child Recover?

The baby will remain on a ventilator after surgery until its lungs can recover enough to breathe. The intestines will also need time to recover and work properly. During this time the baby will be drip fed the necessary food and nutrition. Once ready, they can have small amounts of breast milk or formula fed through a tube that goes into their tummy. As they get better, they can be breast or bottle fed directly.

Can You Prevent Diaphragmatic Hernia in Your Child?

Congenital diaphragmatic hernia has no known prevention. If it runs in the family, couples can seek genetic counselling.

1. Is there Any Possibility of Having Another Baby with Diaphragmatic Hernia?

It is highly unlikely that you may have another baby with CDH in a subsequent pregnancy. The chances of that happening are about 2 percent.

2. Can Diaphragmatic Hernia be a Problem in Future?

Depending on the severity of the CDH, some babies can recover in the following years to live fully functional lives. Some children, however, will need oxygen and medication for a long time. Some are known to have gastrointestinal and growth and development problems.

A congenital diaphragmatic hernia is extremely rare but a treatable congenital disability with a positive prognosis in general.