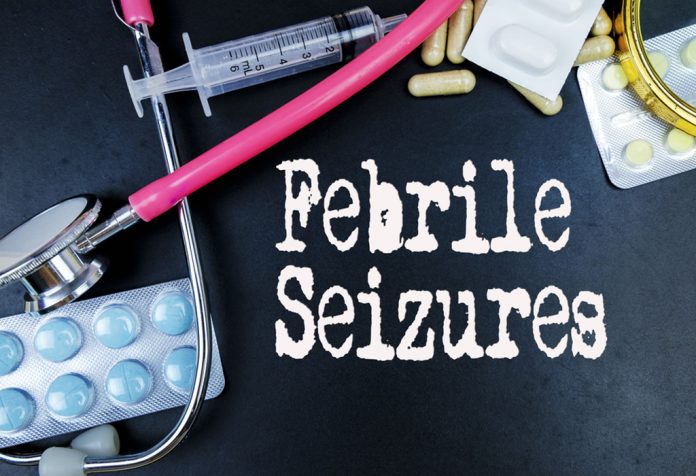 Epilepsy affects over 50 million people worldwide and is characterised by spontaneous seizures that may range from brief, almost undetectable movement to vigorous trembling that continues for a long duration. These seizures may also cause the individual to lose consciousness or experience muscle spasms.

Epilepsy is a chronic neurological disorder that causes unprecedented seizures, along with frequent and sudden instances of sensory disruption. It is known to affect people of all ages and is the fourth most prevalent neurological condition.

What Are Epilepsy Seizures In Children And Its Types?

In children, epilepsy seizures can occur in various forms and can also affect any part of the body. Based on which area of the brain is affected, seizures can be of two types– generalised and focal.

These seizures affect the neurons on both sides of the brain causing convulsions that can range from mild to severe and can occasionally result in loss of consciousness.

These seizures, also called partial seizures, affect the brain cells on only one side of the brain and as a result, affect only a part of the body. Focal epilepsy in children can be classified into four categories

What Happens During a Seizure?

What is Childhood Epilepsy Syndrome?

If a child’s seizures are defined or identified by a specific set of features that take place simultaneously, then it is called a childhood epilepsy syndrome. These particular signs may include their age, the type of seizure, possible learning disabilities and the patterns on the EEG (electroencephalogram).

What Are the Different Types of Childhood Epilepsy Syndromes?

Childhood epilepsy syndromes are of various kinds and vary as per the symptoms prevalent.

This epilepsy syndrome has an onset age that is between four to ten years and is characterised by sudden stillness and staring spells. Also called as ‘petit mal’ epilepsy, it is usually outgrown.

This epilepsy causes focal seizures in the mouth, face and cause speech impairment or drooling. The seizures usually happen while the child is asleep or when he wakes up in the morning. The onset age of this epilepsy is five to ten years and in most cases, it is outgrown.

Also called West’s syndrome, these occur within the first year after the baby is born. This epilepsy causes severe jerks in the baby’s body and may cause the baby to fall forward. This kind of epilepsy is considered dangerous as it associated with other epilepsy and cause developmental delays.

Research has indicated that these seizures, when prevalent over a long period of time, can cause damage to the hippocampus area of the brain, which is associated with memory and learning. Hence, it is best treated immediately.

This form of epilepsy is known to start in the teenage years and give rise to generalised seizures. The seizures may include myoclonic jerks, tonic-clonic seizures or even absence seizures in some cases. These seizures can be controlled with medication and become less severe with age.

These seizures happen while the child is asleep and may include short, recurring seizures with severe body movements. They seizures can begin at any age.

This difficult to treat epilepsy has an onset age of one to eight years. The seizures are known to be resistant to epileptic drugs and often require alternate treatments and surgery. These are generalised seizures that are characterised by a combination of different seizures and often cause development delays and behavioural issues.

What Are the Causes of Epilepsy in Kids?

The causes of epilepsy may be different in different children and tend to differ by age. While some forms of epilepsy are genetic, there are many idiopathic epilepsies that have unknown causes.

Symptoms of epilepsy depend on the area of the brain that is affected. Epilepsy triggers in children may vary and can cause symptoms that can be characterised by motor and non-motor symptoms

How is Epilepsy Diagnosed?

The diagnosis Epilepsy diagnosis includes complete medical evaluation paired with a diagnostic testing regimen. The doctors may also take information on the medical history of the family and details of when the seizure occurred.

Epileptic treatment for the child will be determined keeping in mind the age, type of seizures, medical history, overall health and extent of the condition. Some of the usual courses of treatments used as a cure for epilepsy in children include:

Anti-epileptic drugs are used to control and minimise the frequency of the seizures. Very often these medications are effective in controlling seizures and are usually recommended to be continued for at least two years after the seizures stop.

These drugs are prescribed by the doctors bearing in mind the age of the child, the type, and severity of the condition, apart from other factors. Anti-epileptic drugs have been successful in 80 percent of the cases in helping the patients become free of seizures.

Children who are resistant to medications may be placed on a ketogenic diet. This is a high fat-low carb diet that breaks down fat instead of carbs, inducing a state of ketosis. This is found to reduce the occurrence of seizures.

When the child does not respond to medications or diet changes, surgery may be recommended. Immediate surgery can also be conducted if the child has seizure causing lesions in the brain.

Children who do not respond to the above courses of treatment and are not cleared for surgery may be suggested the VNS therapy. This therapy is usually used for children over 12 years.

In this procedure, an electronic pulse generator is surgically placed in the chest wall. This device sends electric impulses through the vagus nerve to the brain every few minutes to control seizures. The impulses can be activated during a seizure episode by holding a magnet over the device.

Effects of Childhood Epilepsy on Your Kid’s Life

Children with epilepsy can and should be encouraged to take an active part in activities. In instances where certain Epilepsy triggers in children like stress or excitement may pose a challenge, general precautions can be taken. It is important to understand that,

How May Your Child Feel Due to Epilepsy?

A child whose seizures are difficult to control may experience loss of energy, fatigue and develop attention and behavioural issues. The social skills and learning abilities of the child may also get hampered causing him to have low self-esteem. Children with controlled seizures are also often prone to emotional difficulties and have issues with behaviour and learning. It is important for the family to provide ample support to their children in these aspects and to help them overcome these challenges.

Changes in Epileptic Seizures as a Child gets Older

Some children experience what is called a ‘spontaneous remission’ as they get older where their seizures cease and they outgrow epilepsy. Others may see a change in the frequency and type of their seizures. Children who have been taking anti-epileptic drugs may also turn seizure-free and be recommended to discontinue the medication.

Dos And Don’ts When Your Child Has an Epileptic Seizure

Epilepsy can be challenging to take care of and control and hence it is essential to prepare yourself to manage your child when he has a seizure. These are the dos and don’ts that can help you get through the episode:

What is Ketogenic Diet and What it Includes?

A ketogenic diet is a high fat-low carb diet where about 90% of the calories come from fat. This fat is burned to make ketones, which is used as an alternate source of energy from the brain and heart functioning. It is important to limit carbohydrates in the diet very strictly, as it may hamper the progress of the diet.

Keto diet includes high-fat food items like butter, cheese, bacon, among others. You can also include the ground vegetables, meat, nuts and seeds, avocados, in addition to other high-fat foods.

How Long Can the Ketogenic Diet be Followed?

A ketogenic diet is usually prescribed for two years after which the child can be slowly transitioned back to a normal diet with the help of a dietician.

How to Prevent Epileptic Seizures in Your Child?

It is essential that you recognise triggers of seizures in your child and exercise caution to avoid these triggers.

When to Consult the Doctor?

Consult your doctor immediately if,

It is essential to keep these things in mind if your child is diagnosed with epilepsy:

Epilepsy in children differs from child to child and it is crucial to understand the specifications of your child’s condition thoroughly before administering treatment.