If you have growing children who are naughty and make you run around the house for several impossible things, it’s time you put your foot down and be a little strict with them before they become spoiled. And this means that sometimes, you will have to punish them if they misbehave, but by punishment, we do not mean that you beat them. Spanking and yelling can have negative consequences. It could cause behavioural and psychological problems in kids and, in the long run, it can result in low self-esteem, aggression, and stress-related issues.

As parents, while punishing kids, we often forget that punishment is not supposed to make your kids afraid of you; the only aim of punishing your child is to teach the kids the importance of good behaviour. So, here are a few ways in which you can punish your child but for his own good.

10 Creative Ways to Punish a Child

If you are wondering how to punish a child without losing your temper, here are the top 10 punishments for kids which are not harsh and will make sure that kids learn the importance of following the rules:

If you are wondering how to punish a child without losing your temper, here are the top 10 punishments for kids which are not harsh and will make sure that kids learn the importance of following the rules:

Most parents would give their kids time-outs for bad behaviour, wherein the kids sit silently in a corner. However, sometimes sitting idle may not work well with children, as kids are often active. In such cases, parents can try ‘time-ins’ wherein you send your child to the naughty corner, where instead of sitting and doing nothing, the child gets an age-appropriate task. These tasks could include memorising a poem, writing letters of the alphabet, colouring a picture, or solving math problems. This will serve the purpose of the punishment while also giving the child something useful to do.

This is a punishment that might be a tad undesirable for your child especially if he doesn’t like exercising, but it surely will teach the child the consequences of bad behaviour. For example, if the child leaves dirty dishes on the table after being told not to several times, you can make them do 10 squats or sit-ups. If their behaviour is bad in social gatherings or at other public places, you could ask them to skip a rope. Eventually, they will learn to exercise, which will be good for them in the future. However, do not overdo this as it could cause muscle fatigue in your child. 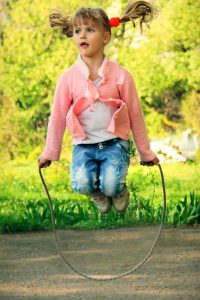 3. Make them do Chores

Make a list of 25 to 30 chores such as watering the plants, dusting shelves, drying the dishes, etc. Assign points to each task. For example, watering plants could be 20 points, doing dishes could be 40 points. If your child is becoming a spoilt brat, and his bad behaviour is getting out of your control, tell him that he needs to earn points (and his freedom) by completing his punishment. For example, if he gets into a fight with friends, he has to earn 150 points before he gets to play with his friends again. This way, you discipline him, and he will get better at the household chores to earn his privilege back.

If your child takes too long to finish a task, like completing homework or cleaning his room, set a timer. Tell the child that if the timer rings before they are finished, they will lose some privilege like permission to watch cartoons for two days or going out to play with friends for a day. This will encourage the child to complete the task on time, and gradually, it will become a regular habit.

This is particularly for children who have trouble with schoolwork or have been performing poorly in school tests. Make sure you help them get lots of extra practice at home. Print out worksheets and make your children work on those. You can explain your child that until the grades go up, they need to put in extra time practising that subject even if it means less playtime per day. This will help them learn the subject, and they will be glad that you are helping them instead of scolding them. 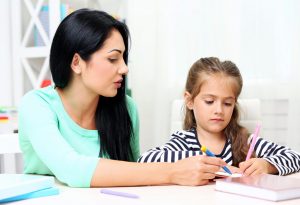 Discuss with your child and come up with a list of creative punishments. Next, write down these punishments on pieces of paper and put them in a jar. The next time your child behaves in an ill manner, ask him to pick a chit from the punishment jar and do whatever is written on it. These punishments should help children learn something new or utilise their time better. Some examples of these easy-to-do punishments include activities, like taking out the trash, doing the dishes, folding the laundry, organising their closet or pulling out weed in the garden.

If your child is throwing tantrums or has done something wrong in the house, let them cool off by taking them out for a run or sending them to walk the pet, if you have one. This will help them calm down and also give them time to think about what they have done. Once they are back, you can explain calmly what they did wrong and how they need to correct it. The cool-off time will also help the parent calm down so that they can discipline the children without losing their temper.

8. Tidy Up the Clutter

This is an effective way to make sure your child tidies up after making a mess. For example, if your child leaves toys or art supplies in his room, take those toys away and hide them. Tell your child that he will lose the privilege of using those art supplies or playing with his toys until he cleans up after himself. 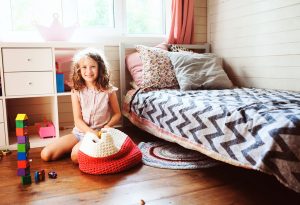 No-fight areas are actually for those parents who have a problem with their kids constantly squabbling. Designate certain areas of the house as no-fight zones. Let them stick their favourite posters or cartoons in those areas and tell them that the rule is that they cannot quarrel in front of those images. This will reduce the number of fights and help them find a way to get along better. If they break this rule, set punishments for them. Here are some examples for punishing the children – hug their sibling for 5 minutes, or do their sibling’s chores for 2 days. This will help them bond better, and you won’t have a headache because of those constant fights.

This works well for both little and older children. Kids love playing and hate sleeping. So, if they misbehave, tell them that their playtime will cut down, and they will have to go to bed early. The days that they behave well give them extra playtime.

You must be aware of the role-reversal game played for fun, but when making this work as a punishment, you will make your child do one of your chores that he finds boring, like cleaning, laundry, mopping, vacuuming etc. and you will act as the child. Some ground and time-off rules can be set in advance so that kids don’t go all out when the roles are reversed. They should know what is expected out of them if they are to enact a grown-up.

You could keep a glass bottle or a jar of a preferred size with a mouth wide enough to drop marbles. Using a permanent marker and a measuring scale, make a mark after every 2 to 3 inches. At each mark, there will be a privilege the child will lose. Now, depending on the history of bad behaviour your kid has had, you can define how many marbles need to go into the bottle every time he makes the same mistake. And, every mark he crosses, he will lose a privilege. The child will be pushed to correct his behaviour at some point to avoid meeting the mark and losing his privileges.

Children need to be disciplined in a way that is not too harsh, encourages them to correct their behaviour and listen to their parents. Punishments should not be humiliating for children; instead, they should teach kids to make better use of their time and learn something new, while learning the value of good behaviour. So, try these tips for innovative punishments in this article and see if they help to improve the behaviour of your child.