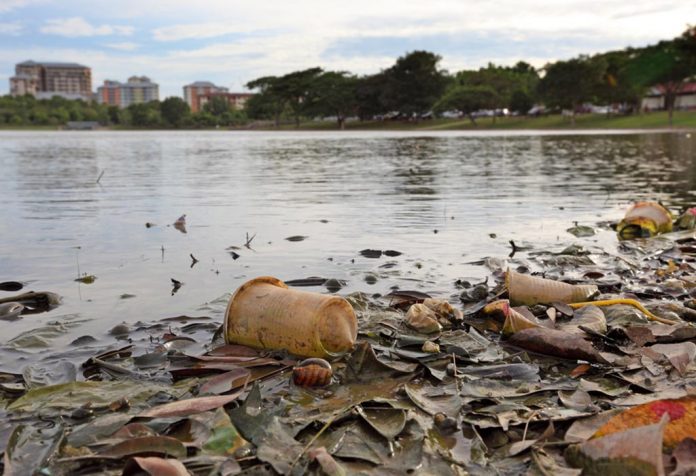 We are not only responsible for giving our kids a good education and a great life, but there’s also a dire need to make the next generation aware of the environment. The impact that our certain actions can have on one of our prized resources – water – is a lesson kid should learn when they are young. There is a necessity for a learning to be present around water pollution for kids.

What is Water Pollution?

When various natural water bodies on the Earth, such as lakes, rivers, underground aquatic reservoirs, seas, and oceans are subjected to contamination from man-made activities, such a phenomenon is termed as water pollution. Artificial chemicals, pollutants, particles, and other objects making their way to these water bodies is what results in their pollution.

Pollution can be categorized into many types which are as follows:

When entities containing high quantities of nutrients, such as fertilizers, domestic wastewater and sewage, enter the water bodies, these support the growth of various types of weed, algae, and other plants that are harmful to the water body. They not only render the water unfit for human consumption but also reduce the oxygen level, causing harm to the existing flora and fauna.

Artificial chemicals, waste products from various industries and factories, insecticides, and pesticides from the runoff of the farms, flow out of the area and mix with surface water in the surrounding areas. 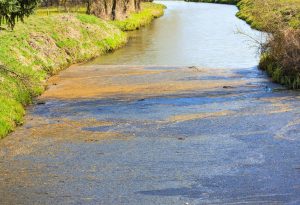 Naturally occurring water bodies contain a balanced amount of micro-organisms that contribute to the presence of oxygen in the water, termed as aerobic and their complements, anaerobic. When wastage that is biodegradable enters water bodies, anaerobic organisms find an affinity towards them, leading to a burst of their growth. This leads to the destruction of aerobic organisms and substantial reduction in the oxygen levels of the water.

Groundwater is a major source of water across many areas away from rivers or purified water supply. However, usage of chemical pesticides and insecticides in the farms causes them to seep through the ground and pollute the underground reserves. At times, these may reach the outer lakes and rivers, and pollute them too. 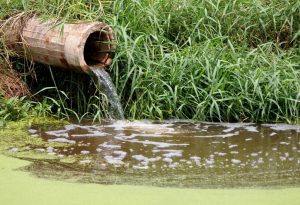 There is no one reason to be considered as the cause of water pollution. There are in fact many. From industries to household activities…water pollution is a big problem caused by every day trivial things of life

Industries and factories generate a lot of waste which majorly consists of harmful elements such as lead, sulphur, and mercury which are extremely poisonous and are mixed with fresh water bodies.

Everyday sewage from cities is dumped into oceans. These might be chemically treated beforehand, but they do contain bacteria and chemicals that are harmful.

Certain countries, such as Canada, are highly affected by water pollution due to mining activities. Mines of coals and other metals could come in contact with surface water or other bodies, creating harmful polluting conditions.

Nearly all countries with ineffective waste management systems dump their garbage and waste into the oceans. From household garbage to general civic waste, all enter the oceanic water bodies and pollutes them tremendously.

Major oil spills, like the Deepwater Horizon or Exxon Valdes, can create havoc in the oceans and lead to extreme amounts of loss in marine life. It can also cause irreparable damage to the marine ecosystem that can be difficult to reverse.

Burning coal and other fossil fuels lead to aerial waste products and ash, which combine with water vapour. These result in acid rain and further increase global warming, both of which directly impact the pollution in water bodies.

Chemical fertilizers and pesticides used by farmers seep through the ground and affect the underground water reservoirs directly. These can further pollute rivers and canals as well, leading to a harmful water supply for humans and other creatures.

Landfills might be away from water bodies but in the course of rainfall, the pollutants of the landfill can find their way to the nearest water body and pollute it.

It is necessary to make kids aware of the effects of water pollution, as water pollution is now a raging topic and if soon preventive actions are not taken, the coming generation won’t have clean water to drink.

Water pollution can result in the destruction of marine life or a particular animal type within an ecosystem. Furthermore, if any other animal ends up consuming an infected animal, the infection progresses further and further through the food chain. This results in a huge infection throughout the chain and heavily impacts the population of the fauna.

Oil spills can ruin an entire ecosystem and leave a huge section of the ocean completely lifeless. These spills could reach shores and cause further damage to wildlife and birds that depend on the marine life for sustenance. 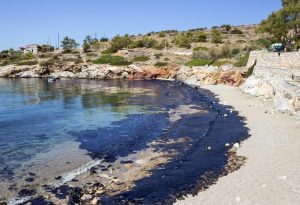 Polluted water can make its way back to the household and result in people being infected with bacteria and viruses. Most diseases such as hepatitis are transmitted through polluted water itself. An entire city can suffer from a massive outbreak of typhoid or cholera by pollution of water.

With such large problems, there are some small water pollution solutions for kids that can be undertaken to counter it.

Some Other Water Pollution Facts for Children

Water pollution information for children can make them further aware of the situation in the world around them.

Water pollution is a real problem and it needs to be addressed in time. By being more aware of it and taking the necessary actions to counter it, we can ensure that the next generation doesn’t have to face the negative consequences of our actions.