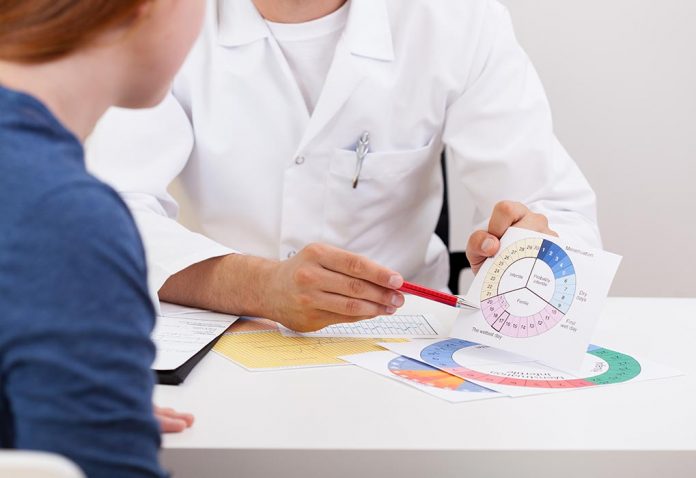 Ovulation means the time of the monthly cycle when the body releases an egg or ovum from the ovaries. This egg makes its way from the fallopian tube and is ready to get fertilized by a sperm post-intercourse. If the egg is fertilised, it may travel to the uterus and implant to develop into a pregnancy. Thus, it is not possible for a woman to become pregnant without ovulation.

Do Women Have to Be Ovulating to Conceive?

Normal, healthy women with a regular menstrual cycle generally ovulate once a month. A woman has to ovulate in order to conceive. You can get pregnant if you have intercourse 5 days before ovulation and 1 day after ovulation. This is because a man’s sperm can survive in the female birth canal for up to 5 days.

Can You Get Pregnant Without Ovulation?

When Does the Ovulation Occur

The exact time of ovulation can be determined by charting the length of your cycles, your basal body temperature, observing changes in the cervix and cervical mucus, and by using ovulation predictor kits available in pharmacies.

What Are the Most Fertile Days?

1. What Are the Signs of Ovulation?

The signs of ovulation are:

2. What Are Ovulatory Disorders?

3. What Are the Causes of Ovulatory Disorders?

Most ovulatory disorders are caused by  (PCOS). This is a hormonal disorder which is characterized by ovarian cysts, excessive production of male sex hormones like testosterone, and irregular periods. Other causes of ovulatory disorders are hormonal problems, urinary infections, malfunctioning of endocrine and pituitary glands, over-exercising, obesity, being underweight, and eating disorders like anorexia or bulimia.

4. How Are Ovulatory Disorders Treated?

Treatment of ovulatory disorders depends on their root cause. If it is a hormonal problem, the doctor may prescribe medicines to correct that. There are also pills available that increase the level of hormones such as Follicle Stimulating Hormone (FSH) that activate ovulation in the body. The doctor may also suggest diet and lifestyle changes to treat eating disorders or over-exercising.

5. How to Know If I Am Not Ovulating?

6. Can Ovulation Occur without Period?

Ovulation can happen without a period. For example, lactating mothers do not have menstrual periods for a few months after delivery, but they do ovulate and can get pregnant if they have unprotected intercourse. It is difficult to track ovulation if you do not have menstrual periods and you will need to track it using the symptoms like lower basal body temperature and changes in cervical mucus.

7. Is It Possible to Have Periods But No Ovulation?

It is possible to have a menstrual period without ovulating. Some women may experience menstrual bleeding but not ovulate at all. This is called anovulatory cycle. This may be because of a reduction in oestrogen levels or some accumulation in the uterine lining that needs to be shed.

8. Can Ovulation Occur Right After a Period?

9. What Are the Chances of Ovulating More Than Once in a Cycle?

Women can usually ovulate only once in each cycle. Scientific research to prove that it is possible for women to ovulate multiple times in the same cycle is insufficient. However, a woman can release more than one egg in a single ovulation cycle. This is one of the reasons for multiple pregnancies to occur. If a woman releases 2 eggs in her cycle and both get fertilized by sperm, fraternal twins are formed.

10. Can Ovulation Occur During a Period?

Pregnancy without ovulation is not possible as an egg has to be released by the ovaries in order for it to get fertilized by the sperm. In order to conceive, a woman has to have unprotected intercourse with her partner around the time of ovulation. The time of ovulation can be determined using ovulation test kits and by charting basal body temperature.