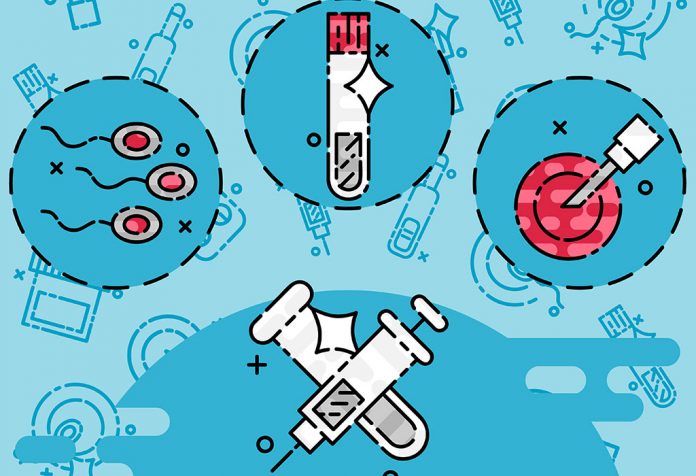 If you’ve gone through an Intrauterine Insemination, there is nothing quite like the period of waiting that follows it. The anxiety that follows can be overbearing. However, the joy of finding out that you are pregnant can be equally or even more exhilarating.

What is IUI Pregnancy?

An IUI pregnancy option is offered to couples who have trouble conceiving naturally. In this procedure, the sperm is directly placed within the uterus to increase the chances of fertilisation. A catheter is used to insert the sperm into the uterus of the woman. This method has been successful in many cases and is one of the best ways of artificial inseminations available.

When Do You Start Feeling the Pregnancy Symptoms?

While some women may see early signs or symptoms of pregnancy after the treatment, this is due to the intake of drugs that contain progesterone. This may cause tenderness in the breasts, bloating and fatigue. However, symptoms usually appear after two weeks.

Implantation symptoms after IUI are similar to those of normal pregnancy. Some of them include:

One of the first signs of implantation is implantation bleeding. While not every woman experiences this, it is normal either ways. Implantation bleeding happens when the egg deposits itself in the lining of the uterus causing a small vaginal discharge that can be easily mistaken for periods. Cramps can often accompany this. It usually happens around six to twelve days after conception.

Delay in periods is a big hint towards the possibility of conception. While spotting or light bleeding may be noticed in between, it is very likely that you do not need to worry about it. In case you are concerned about the bleeding, you can always consult a doctor.

If your breasts feel heavy, sensitive and a little sore, you may be headed towards pregnancy. Swelling and tenderness in the breasts are symptoms that are common during periods as well. However, if this symptom persists even after a delay in your periods, it is wise to take a pregnancy test.

Common symptoms also include nausea or morning sickness. This is triggered due to an intense odour or sometimes for no reason at all. This happens due to an increased level of oestrogen hormone in your body.

Pregnant women tend to be very tired due to a high level of progesterone in their system as this hormone is known to induce sleep. In addition to this, the blood pressure and the blood sugar levels also lower causing a rise in the blood production. This expends a lot of energy and contributes to the feeling of fatigue.

You may develop an intense, almost unnatural craving for certain foods, while at the same time, not be able to stand certain smells. This is a symptom of pregnancy that stays with you until childbirth. Especially your food cravings will often have you searching for food at odd times. These cravings and aversions towards smells and foods are caused due to hormonal changes in the body.

Increase in the level of progesterone can raise your body temperature. If you’ve been noticing a rise in temperature for over 20 days, then it is a good sign, and you might just be pregnant.

Other Symptoms after IUI (Intrauterine Insemination)

Although IUI is an almost non-invasive procedure, you may want to look out for any symptoms that may indicate that something is wrong. Although complications due to IUI are uncommon, it may help to know about the signs of the same.

These may be an indication of a tubal pregnancy or infections. In such cases, it is advisable to consult your doctor immediately and seek the right relief measures. Also, in case you’re on fertility medications, you will need to be aware of a condition called Ovarian Hyperstimulation Syndrome (OHSS). This causes more than one ovarian follicles to develop at the same time. It can cause nausea, abdominal pain or even lead to breathing difficulty in some cases. If you notice any of these signs, it is advisable to contact your doctor.

When Should You Take a Pregnancy Test?

Even though the IUI procedure inserts the sperm in the uterus directly, after the fertilisation of the egg, it will take about four to six days for the zygote to reach the uterus. Implantation can take another five days or more. The hCG levels which indicate pregnancy on the pregnancy tests will take another few days to rise. Hence, it is best to take a pregnancy test at least two weeks or 14 days after the procedure.

Waiting for confirmation about your pregnancy after the IUI procedure may be both stressful and emotional. However, it is important for you to keep calm and avoid stressing over it. Confide in your partner and support each other during this crucial phase and try putting off taking a home pregnancy test for at least two weeks. And when it’s passed the time, the best way to determine that you are pregnant is to get a blood test done, as it ensures an accurate result.