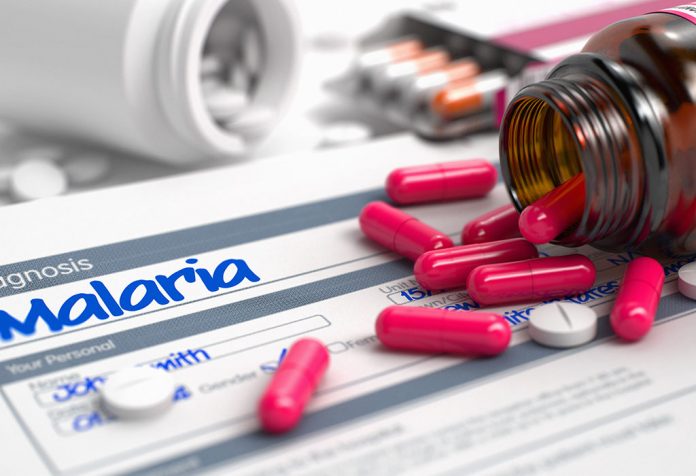 Malaria is a serious illness that affects young children and adults and is symptomized by high fever. It is caused by the bite of a female Anopheles mosquito. This infection induces fever, chills, and flu-like symptoms in babies and toddlers. Malaria can be treated, but it requires prompt action. If the infection becomes severe, it may lead to complications like seizures, kidney failures, coma, and even death.

It is recommended that you follow the “ABCD” method for malaria prevention. This stands for ‘A’wareness, ‘B’ite prevention, ‘C’hemoprophylaxis (taking antimalarial medication) and prompt ‘D’iagnosis and treatment.

Malaria is a life-threatening mosquito-borne disease caused by the parasite species ‘Plasmodium’. This parasite infects the Anopheles mosquito, which feeds on humans. The female mosquitoes are the carriers of the parasite. These mosquitoes mostly bite between dusk and dawn.

Malaria breaks down the immune system in the body and affects children by stunting their development. The disease is commonly found in tropical regions. In some children, it causes mild illness, while for others, it can prove fatal.

There are mainly five types of Plasmodium that cause malaria, and this includes a new form which was discovered recently. They are:

How Does Malaria Spread in the Bodies of Babies and Toddlers?

Malaria is caused by a parasite called ‘Plasmodium’ which is carried by the Anopheles mosquito. It spreads in young children and adults through the bite of the parasite-infected female mosquito.

Apart from the mosquito bites, other causes of malaria include blood transfusion or sharing needles. The different ways of transmission of malaria infection are as follows:

As the parasite which causes malaria is carried by red blood cells, it may even be transmitted through organ transplant, blood transfusion or infected syringes.

Like blood transfusion, malaria may be caused by organ donation too. If an organ donor is infected with malaria, then the person receiving it will be affected as well.

Sharing needles makes your body susceptible not only to malaria through blood transfusion but also to other ailments.

A pregnant woman infected with malaria may pass on the infection to her unborn child before or during delivery. This is termed ‘congenital malaria’.

The malaria parasite has an incubation period during which it remains in the host’s body. This is the period between being bitten by the mosquito and the appearance of symptoms. The duration can be anywhere from 10 days to 4 weeks after the infection. The incubation period for malaria differs based on the type of microbe, and is listed below:

Signs & Symptoms Of Malaria In Children

Babies affected with malaria may exhibit a sudden change in behaviour like drowsiness, irritability, restlessness and lethargy. Many of them even complain of nausea and diarrhoea. Some common symptoms of malaria in children are:

How To Reduce Chances of My Child Being Affected By Malaria?

Mosquitoes are the prime cause of malaria. Hence, it is necessary that you keep your kids away from them. Babies are less prone to being affected for the three months of their lives as they are protected by the immunity the mother builds in them during pregnancy. As they grow older, however, their immunity is built from scratch, making them vulnerable to this disease. You should prepare for baby malaria prevention before the onset of infection by taking the following precautions:

Make use of age-appropriate mosquito repellents and mosquito nets while sleeping. You may also apply a citronella-oil based cream on the exposed area of your child’s skin, as it will keep the mosquitoes away.

You may install mosquito meshes to cover your doors and windows. Choosing detachable ones, or ones with Velcro, makes cleaning an easy task.

It is believed that dark colours attract mosquitoes. It is thus advisable to dress your baby in light-coloured clothes. Also, make sure they are well covered.

Mosquitoes usually cannot thrive in cold temperatures. So, to minimise the chances of mosquito bites, keep your child in cool or air conditioned areas.

When going to parks, ensure that your child stays away from bushes and hedges as they attract mosquitoes.

It is recommended that you get your home and surroundings fumigated regularly to kill mosquitoes. You may also burn some coconut shells, husks, or neem leaves outside your house and in the neighbourhood. This will prevent breeding of mosquitoes.

There are possibilities of malarial infections leading to complications like convulsions, loss of consciousness, and dehydration. In such cases, the affected child should be hospitalised immediately. They may need to be provided breathing assistance and be kept on fluids. High-risk damage to the body caused by malaria includes:

In some cases where malaria affects the brain, it may cause swelling in the brain or lead to permanent brain damage or coma

Cerebral malaria is the primary cause of death in the case of severe P. falciparum infection. The symptoms of this complicated infection include seizures to an unpredictable extent

In some rare cases, malaria leads to acute renal failure (ARF), which is mostly caused by the P. falciparum infection. Sometimes, even P. vivax and P. malariae contribute to renal impairment in malaria patients. It is most common in non-immune adults and older children

This is a condition where red blood corpuscles are incapable of carrying sufficient oxygen to the body’s organs. It causes a feeling of both weakness and drowsiness. The destruction of red blood cells by the malaria parasite can lead to severe anaemia

At times, malaria causes fluid retention in the lungs. This condition is called pulmonary oedema and can cause difficulty in breathing

This is a serious complication often caused by a severe infection. It can also lead to coma

Malaria may cause jaundice that is characterised by a yellow tint to the skin. This happens if red blood cells are damaged or lost

An enlarged spleen is a common manifestation in malaria. But in some life-threatening situations, a severe infection by P. vivax may result in a splenic rupture

In this condition, the P. falciparum results in the bursting of a vast number of red blood cells. Haemoglobin from these cells is then passed to the urine. This makes the urine turn dark red, and in some cases, almost black

This is a condition where your child’s temperature drops below normal. It can lead to the formation of blood clots which pose the risk of tissue death or organ failure

In some cases, severe p. Falciparum can cause multiple organ failures. This includes kidney, liver, brain or lung failure, and can be fatal

Malaria can be classified into three types:

These are described in brief below:

Mild malaria is considered to be uncomplicated malaria and is considered benign as it is easily treated. Often, it is hard to diagnose this kind of malaria in infants, because the clinical reports are similar to that of other diseases like sepsis. It may be caused by all strains of Plasmodium parasite.

Malignant malaria can quickly progress to severe malaria and even prove fatal. The strain P. falciparum causes this type of malaria. Children are the most vulnerable to it as they have low immunity to the parasite. The main symptoms of malignant malaria include breathing difficulties, low blood sugar and severe anaemia. It is diagnosed as follows:

If the blood smear test has a positive result, the doctor may suggest a liver test. This test checks the functioning of the liver to determine whether it is healthy or not

This kind of infection is caused only by Plasmodium falciparum. In this condition, there may be a swelling in the infected child’s brain. It manifests severe symptoms and may lead to fatal consequences

No vaccine has yet been developed for treating the infection caused by the malaria parasite. The malaria parasite Plasmodium is a complex organism and has a very complicated life cycle. Besides, the convoluted immune responses protecting humans against malaria are still not completely understood. Many scientists from all around the world are working on developing an effective vaccine for malaria. Till date, RTS, S/AS01 is the most advanced option available, and is considered to be a viable vaccine for malaria.

Treatment of a Child Infected By Malaria

Treatment for malaria mainly involves administering medicines and ensuring a healthy diet. Doctors usually prescribe antimalarial medications like quinine or chloroquine for your kid based on the type of malaria and the severity of the symptoms. Meanwhile, there are several measures you may adopt to help your child as soon as you see any symptoms of malaria. These include the following:

Diseases like malaria can cause weakness and severe fatigue. It is important to ensure that your child gets plenty of rest if infected

When fighting malaria or any disease, it is important that body is healthy and strong. Hence you need to feed your child a healthy diet

It is advisable to monitor the child’s temperature. In case of fever, make sure you sponge regularly to bring down the temperature. Consult the doctor before administering paracetamol or any fever medicine to your child

In case of severe infection, the child may need to be admitted to the hospital. He may be prescribed antimalarial medications that may be given either orally, through injection or intravenously. Here some of the antimalarial medicines issued by the doctor depending on the severity of the infection and resistance to chloroquine:

Malaria is a disease that still requires a lot of research so that a lasting cure is found, or it is eradicated entirely. The malarial parasites P. ovale and P. vivax often hide in the liver and stay dormant for weeks, months and even years. This means it is possible that the infection may relapse at a later date. Here are some possible long-term effects of malaria:

Recovery from malaria depends on various factors like the type of malaria, promptness of the treatment and the immunity of the patient. For example, pregnant women and children have reduced immunity and hence suffer for a longer duration. In addition, the type of malaria determines the severity and length of the infection. In case of P. malarie, the less rapidly growing form, it may persist for longer but does not cause any fatal disease. For less severe malaria, if the treatment is immediately initialised, the child can recover within two weeks.

If you suspect any signs of malaria in your child, please consult the doctor for early diagnosis and treatment.