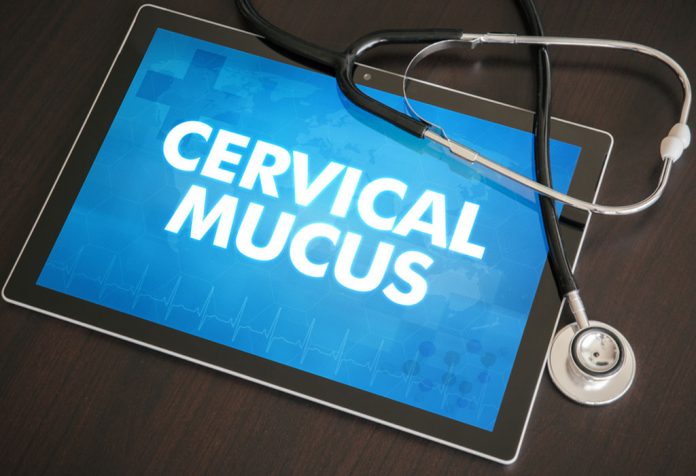 Wondering how this fluid is helpful in getting pregnant? Cervical mucus is produced to help the sperm cells to swim freely to your uterus. So having the right quantity of this fluid decides whether the sperm cells can finish their journey to the uterus. If it there is no or too less of cervical mucus then the sperm cells will not be able to swim to the uterus, and too much of it will be way too thick for sperm cells to penetrate. Vaginal dryness is not an uncommon thing throughout one’s childbearing period but getting wet down there isn’t just important to have an amazing intercourse but for baby making as well.

Secretion of cervical mucus differs from an individual to other. So don’t fret, if you are one of those who experiences less cervical mucus because there are several ways to increase the fertility of cervical mucus such as through keeping yourself hydrated, consuming food and other supplements to make up for the essential nutrients, etc.

12 Ways to Increase the Fertility of Your Cervical Mucus

Check out the tips below to know how to improve cervical mucus:

3) Say no to nicotine

10) Adding carrots to your diet

Let’s explore the above tips in details to know why and how they can be useful to you.

Our body is made of 60% of water, but did you know that 96% of cervical mucus is water? Hence, needless to say, keeping yourself hydrated by drinking plenty of water is the ideal way to increase cervical mucus naturally.

Essential fatty acids play an important role in regulating hormones, increasing the blood circulation to the uterus, increasing cervical mucus and so on. If your daily diet isn’t rich in essential acids such as omega 3, 6 and 9, then it’s time for you to include nutritional supplements such as evening primrose oil, Borage seed oil, L-arginine.

3. Say no to nicotine

Nicotine is known for reducing your bodily fluids including cervical mucus. So it’s not a good idea to give in to the temptation of nicotine if you are trying to conceive.

Apparently, grapefruit works wonder for cervical mucus, not only it increases the quantity of cervical mucus but it’s texture as well. Usually, drinking grapefruit juice for a week just before the ovulation is enough to benefit from its magic.

Supposedly, an alkaline environment is necessary for sperm cells to thrive. The alkalinity of a woman’s body seems to have a correlation with the alkalinity of her cervical mucus. That’s when eating dark green vegetables such as lima beans, onions and almonds come to your aid. Not only it keeps the sperm cells in high spirits but also generally good for your health as well.

Vitamin C is already known for many of its health-related benefits. But did you know that it also seems to have a good chemistry with your cervical mucus? It helps in the secretion of watery cervical mucus which works as an ideal environment for sperm cells to swim in. There are several known source of vitamin C which you can rely on including citrus fruit. It is one of the effective ways to improve one’s cervical mucus.

Nowadays, lubricants are quite in trend for some extra pleasure but did you know that petroleum, latex, and mineral oil present in those lubricants can harm the sperm cells and may even irritate your vaginal tissues? Don’t worry, you don’t have to give up on the extra pleasure, just start using natural water-based lubricants instead.

A lot of luscious food and beverages such as coffee, chocolates, ice-cream, soda are rich in caffeine. But did you know that caffeine may not prove to be good for your cervical mucus is caffeine? Why? The answer is simple, it dehydrates your body which will hinder your body to produce quality fluid.

Are you using scented toilet paper or other such products? Well if you are, then it’s about time for you to say goodbye to them because these products include chemicals which may cause irritation to your vaginal discharge including cervical mucus as well. Opt for chemical-free products to maintain healthy cervical mucus.

10. Adding carrots to your diet

There are several foods to increase cervical mucus, and carrot is one of them. Carrots are rich in beta-carotene, which aids in creating Vitamin A in one’s body. Vitamin A rich foods, helps not only increase the cervical mucus but also improves its quality as well.

Thick cervical mucus may pose a problem for sperm cells to penetrate through, hindering them from reaching your uterus. So what’s the solution to a problem like this? Well, one of the option could be to take expectorant cough medicine which can help thin it down to the right texture. However, as helpful as it may sound, we recommend you to take your doctor’s opinion before opting for this so you don’t overdose yourself.

Some herbs are known to increase the flow to genitals, while a few of them are helpful to balance hormones in one’s body. Some of such herbs are dandelion leaf and root, Shatavari root, Licorice root, etc.

While it is important to have the right amount of fertile cervical mucus to increase your chances of pregnancy and there are several ways to achieve that. However, it is always recommended to seek an expert’s opinion to avoid any future trouble. Check with your doctor about the right method for and follow through his or her advice for better results.