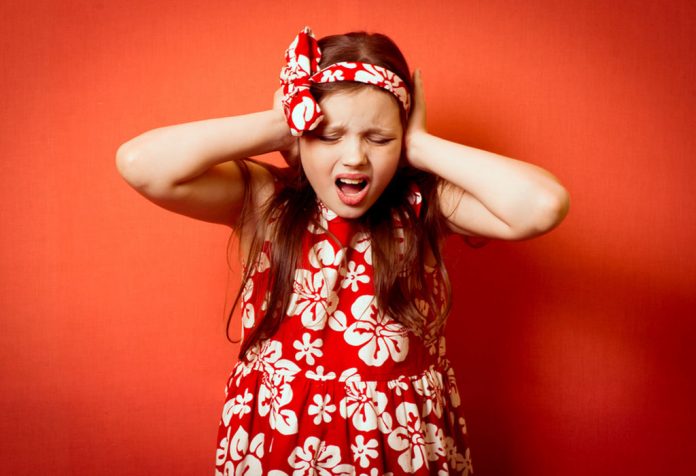 Popular Hollywood movies like “A Beautiful Mind” or “Donnie Darko” all deal with the medical illness called schizophrenia or psychosis. If you have seen any such movies, you might be familiar with what it entails. Any mother who is told that her child has schizophrenia will experience stages of shock, grief and a sense of helplessness. To help you understand what exactly the condition is, we will discuss schizophrenia in children along with its diagnosis, risk factors and treatment in this article.

What is Schizophrenia (Psychosis)?

Schizophrenia is an uncommon but chronic psychiatric illness where children interpret reality abnormally. It distorts their thinking and causes them to experience auditory and visual hallucinations, delusions and irrational behaviour. Since it is quite uncommon in children below 12, medical professionals may often miss the early signs of this disorder. Also, because kids are still growing and developing both mentally and physically, it is difficult to recognise the symptoms in early stages of this disorder.

Paediatric schizophrenia is essentially the same as adult schizophrenia, but it occurs early in life and may hugely impact the child’s behaviour and development. Therefore, there are special challenges for diagnosis, treatment, education, emotional and social development. Schizophrenia is a condition which requires lifelong treatment but identifying the disorder and starting treatment as early as possible may significantly improve your child’s long-term outcome.

Causes of Schizophrenia in Children

This is a question researchers have been grappling with for long. There is no single cause of schizophrenia. It is more due to the complex interaction between your kid’s genetics and the environment. Some of the causes may include –

The hereditary factor seems to play a role in schizophrenia in children. A child has about 10 percent chance of getting schizophrenia if he or she has a schizophrenic parent or sibling. Alternatively, a child with no first degree schizophrenic relatives has a 1 percent chance of developing the condition. Genetics is not a cause of great worry as the illness is not determined by it, but merely influenced. Just because your family has a history need not mean your child will definitely get the illness, even if he or she has a predisposition to it. So you can rest easy.

Psychosis in children can also be because of the abnormal structure of the brain. Research has shown that schizophrenic patients have enlarged brain ventricles. This basically means that there is reduced volume of tissue in the brain and little activity in its frontal lobe, which is the area responsible for planning, making and reasoning. In few studies, researchers have also found abnormalities in the temporal lobes, hippocampus and amygdala. However, as schizophrenia is a result of complex interactions, assuming one single problem in your child’s brain is the cause will be illogical.

In the end, environmental factors will be responsible for triggering schizophrenia even if your child has a predisposition towards this disorder. Based on certain research, findings show that stress during pregnancy or at a later stage causes the stress hormone cortisol to sharply increase in the mother’s body. This increase in level is said to be the cause of schizophrenia in the child. Some other stressful situations that can trigger this illness are:

Withdrawal from friends and family

Compared with adults, teenagers are less likely to have delusions and more likely to experience visual hallucinations.

More signs of schizophrenia will develop with age, such as

Child-onset schizophrenia is a severe form of the disorder that usually occurs in children aged 12 or younger. This form of psychosis is chronic and debilitating. Researchers have studied childhood-onset schizophrenia and have concluded that it is a virulent childhood version of the same schizophrenia exhibited by teenagers and adults. The condition is extremely tough to diagnose in children even though the symptoms are similar to the latter.

If your child has childhood-onset schizophrenia, he or she may not experience elaborate delusions and hallucinations like those experienced by adults but more of visual hallucinations. You should take care to distinguish these from the normal fantasy play.

The specialist should take care to rule out other disorders like autism spectrum disorder and ADHD before diagnosing child-onset schizophrenia, as these disorders also exhibit the same symptoms in children. The diagnostic criteria for schizophrenia require at least two of the following five symptoms to be present for a month. Out of which at least one should be either of the first three –

Other criteria include a lower level of functioning in one or more major areas like inter-personal relationships or self-care, continuous signs of disturbance for at least half a year, ruling out of schizoaffective disorder and exclusion of substance abuse or any other medical condition causing the disturbance. If the child is a patient of autism spectrum disorder or a communication disorder, the diagnosis of schizophrenia is made only if prominent delusions and hallucinations along with the other symptoms of schizophrenia are present for a month or more.

The prognosis of child-onset schizophrenia differs from child to child. Some may display normal functions with medication while some may need a combination of psychotherapy and drugs.

The main risk factor is that the earlier your child develops schizophrenia, the poorer the outcome as it will prevent him or her from attending school and completing education. However, since you will always be around your children, it makes it easier to identify the symptoms of child-onset schizophrenia and get treatment sooner. Early diagnosis and treatment can reduce long-term impairment that schizophrenics experience.

Paranoid schizophrenia causes children to experience intense feelings of fear and anxiety, because they think and feel something which is actually not there. They might feel some kind of bodily threat which will affect their thoughts and thinking process, causing them to withdraw from social settings. They will try to stay in isolation because of the fear that someone or something may be trying to hurt them.

Some symptoms of paranoid schizophrenia include –

Paranoid schizophrenia can develop gradually. Watch out if your child, who is normally outgoing and friendly, suddenly reverts into himself, starts talking about strange fears and beliefs, and saying things that don’t make sense.

Diagnosis of Schizophrenia in Children

The diagnosis of childhood schizophrenia always starts with ruling out other mental health diseases associated with similar symptoms, like autism spectrum disorder and determining that the symptoms aren’t due to substance abuse or medication. The diagnosis process may involve –

As mentioned before, there is no single cause for the development of schizophrenia. However, some factors may increase the risk of triggering childhood schizophrenia. These include–

If childhood schizophrenia is left untreated, it can cause severe emotional, health and behavioural problems. Complications associated with the mental illness can arise in childhood or later, such as –

Treatment of Schizophrenia in Kids

Treatment of childhood schizophrenia is a particular challenge as it is a lifelong process and must be continued even when the symptoms seem to go away. The main treatments for schizophrenia are –

Also called talk therapy, psychotherapy can help you and your child cope with schizophrenia. This may be –

This involves using anti-psychotic drugs which are effective for managing delusions, hallucinations, lack of motivation and emotion. Over time, the child’s doctor may try different combinations of drugs or different doses depending on the severity of the illness. Depending on the symptoms, other medication like anti-depressants or anti-anxiety drugs can also help. It can take several weeks after starting with medication to notice the results. It is important to remember that all anti-psychotic medications have health risks and side effects. Talk to your child’s doctor about the possible side effects and how to manage them. Make sure to report to the doctor anything different in your child after he or she starts taking the medication.

Building life skills as part of a treatment plan can ensure that your child can function at age-appropriate levels. It may include –

When your child displays severe symptoms, or in times of crisis, hospitalisation may be necessary. This will ensure the child’s safety and make sure that he is getting proper sleep, hygiene and nutrition. Partial hospitalisation and residential care may be options but usually, the child is first stabilized in the hospital before moving to other levels of care.

When should you Consult a Doctor?

Seek medical help if you notice a change in your child’s behaviour and the appearance of symptoms of childhood schizophrenia, such as

Here are some frequently asked questions related to paediatric schizophrenia –

1. Is Schizophrenia Hereditary in Kids?

Schizophrenia does not result from a single gene or specific cause, and so does not pass from one generation to another genetically. If you have schizophrenia in your family, your child may have a predisposition to it but may not develop it altogether. Schizophrenia is the result of a complex interaction of genes, environment and psychological factors.

2. Can People Diagnosed with Schizophrenia have Children?

There is no right or wrong answer for this but yes, people with schizophrenia can have children. However, it is best if the woman discusses with her psychiatrist her plan to have a baby and seek specialist advice before taking the decision. In many cases, the mother may need to be on medication during pregnancy or may need additional support for the baby as she may not be able to be the sole care provider.

3. Does Child Abuse Lead to Schizophrenia?

The amount of research on whether child abuse results in the development of schizophrenia in the child is not conclusive. However, it cannot be ruled out that child abuse may be one of the causes, as serious trauma during childhood can lead to schizophrenia.

Although discovering that your child has schizophrenia is devastating, an early diagnosis and treatment will improve prognosis and the child’s outlook towards life. You can also join a support group to empower yourself to be better prepared to cope with the situation and help your child to lead a normal life. 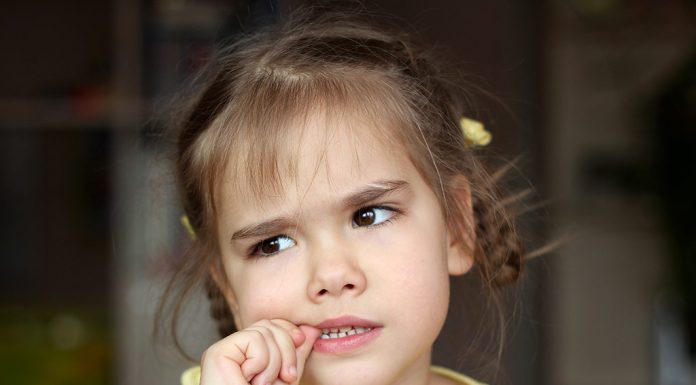 Bad Habits in Children and Ways to Deal With Them

When & How to Introduce Egg for Babies