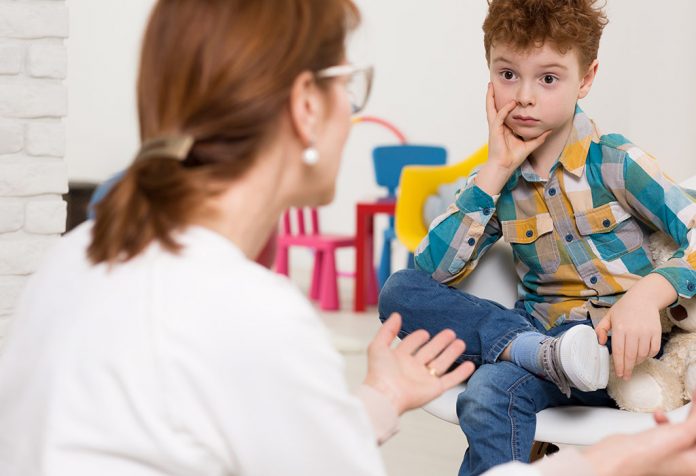 Child Psychology is a vast subject. It tells you about the growth of an individual from infancy until the end of adolescence and how each child is different from the other, not just physically but also in their thought process and personality.

A child is said to be like soft clay. He takes shape just the way you mold him. Therefore understanding your child is of utmost importance for all parents.

What is Child Psychology?

Child Psychology is a field of study which delves into the mental, emotional and behavioral development of a child. It traces the entire journey of a child from infancy until the end of adolescence and studies their cognitive and intellectual development.

The early years of an individual’s life are crucial for their emotional, social and physical wellbeing. This has an overall impact on their personalities as an adult. Research says that the early years play a significant role in brain development too. A person’s early experiences both with their parents as well as with the outside world profoundly affect their future physical, cognitive, emotional and social development.

Understanding the psychological needs of a child is not easy, but it needs to be done. Children at different stages of development behave in different ways. A child of 5 – 6 years will behave differently than an adolescent.

Realising and accepting your child’s likes, dislikes, qualities (good or bad) is the key to being a good parent. When you accept them just the way they are, they get a sense of security. Here are a few tips to help you understand your child:

You need to know your child if you want to understand him. It is possible to do so simply by being around him and observing him. When you see him playing, asking for a certain thing, reacting in a certain manner to situations, his interaction with others, etc., you get to know a great deal about his overall personality.

2. Be your Child’s Best Friend

Making your child realize that you are always there for him whenever he needs you can be your first step towards attaining this goal. This will make him feel secure, loved and wanted. Help him to open up to you.

3. Spend Quality Time with your Child

Being around your child isn’t enough. To know him better do activities together like playing games, cooking (children are always eager to help), cleaning up cupboards or his room, etc.

Praising him for good work done will boost his self-esteem. However, overpraise can make him arrogant and snobbish.

By listening to your child, you get to know him more. Doing so will make him feel that you are interested in his life. This will in turn help to strengthen the bond between you two.

Talking to your child that are of interest to him could help him open up to you. In this way, you could initiate conversations more easily and get to know your child better.

7. Give Full Attention while Talking

Always maintain eye contact while talking to your child. By doing so, you will make sure your child believes that you are listening and what he’s saying is of utmost importance to you.

When your child talks about any of his insecurities, fears, or any situation where he has been put to shame, do not laugh or ridicule him. You need to understand that for a child (especially during his adolescent years), it isn’t particularly easy to open up. It must have taken a lot of courage on his part to do so.

Children up to the age of 5 – 6 will abide by all the rules created by you or the decisions you have taken for their betterment. The real problem lies with adolescents. Blame it on their age. In such situations just try and explain as to why you had to take a certain decision or do a certain thing. At that moment they may be angry with you, but eventually, with time, they will understand.

Ask for his opinion where it is necessary. Doing so will make him feel important and will raise his self-worth.

11. Discovering the Reasons Behind his Behaviour

If your child has been misbehaving or has shown some negative behaviour, try to find out the cause behind it. By doing so, you will find out where you’ve been going wrong as a parent, and it will give you a chance to enhance your parenting skills.

12. Knowing their Likes and Dislikes

Knowledge about what your child likes and dislikes will also help you know them better.

Allow your child to express himself the way he wants to. You could get a glimpse of how he thinks or what he wants.

Every parent is eager to know what is happening in their child’s life especially in case your child is an adolescent but don’t be overly curious. Too much curiosity on your part could make him feel that you don’t believe in him and this could end the bond between the two of you.

It is important to think like them while talking to them or doing an activity together. This will give him a sense of familiarity.

While taking a stroll with your little one, observe him. He may see something quite different to what you are seeing. Do not stop him when he does so. This will help you get an insight into his inner world.

Recognizing the Problems with the Child’s Psychological Development Parents have an innate ability to understand when something is not right with their child. So how can you as parent get a clear idea as to what is going on? It’s best to ask people who are close to your child.

Ask friends who have children in the similar age group and find out what their child is like? Do they speak, are they able to write, eat on their own, follow instructions, etc. In case of an adolescent kid, you could ask his friends how he is at school, his behavior towards his peers and others, etc.

You may also search the internet for your queries.

During Parent-Teacher Meets, the teacher may also be able to throw some light on your child mental health and wellbeing in general. You may ask her if she has noticed anything different in your child.

In today’s time in many families when both parents are working, it is necessary to hire a babysitter/ayah for your kid. She is the one who gets to be with him the most. Therefore, she is the best person to ask when you feel that something is amiss.

A Doctor can easily detect any shortcomings in a child during the scheduled visits for vaccination or check-up.

He will be the best person to answer any queries regarding child psychology. He can help in case of any behavioral issues like depression, low self-esteem, anxiety/phobias or different types of disorders like Autism, ADHD, etc. in the child.

What are the Different Psychological Disorders in Children?

Many psychiatric disorders in children are due to the physiological genetic constituent. However, there are many of them without any physical causes. Some disorders may be diagnosed early in life, but some are not detected until adulthood. Here is a list of them:

In ADHD a child has problems in paying attention and is hyperactive. His actions are difficult to control.

In this case, the child has limitations in intellectual functioning and is significantly impaired in adaptive behavior.

It is a serious developmental disorder in which the child can neither communicate nor interact. It affects the nervous system and overall development of the individual.

It is diagnosed either during childhood or adolescence. Children with this disorder have great difficulty following rules and behaving in a socially acceptable way.

It is characterized by a group of symptoms like stress, feeling sad or hopeless and physical symptoms of losing weight etc. This usually occurs due to a serious emotional event like the death of a near one, shifting to some other place, change of school etc.

It is also called Manic Depression or Manic-Depressive illness. It is characterized by severe mood swings, hyperactive and socially unacceptable behaviour, insomnia, depression or an irritable mood during a depressive episode, feeling of being superior to others and suicidal tendencies in older children and teenagers.

It is a disorder found among some adopted kids and happens due to a number of psychological and emotional problems like bonding with the adoptive parents, an attachment to the place they lived in earlier or the people they were living with. It often results in lying, stealing and aggressive behaviour towards the adoptive parents.

It is a Disorder in which the person engages in a repetitive purposeless movement which may interfere with the child’s normal daily functioning. This disorder mostly occurs in children with Autism, Intellectual disabilities or Developmental disabilities.

It is a rare disorder in children but severe mental disorder in which children interpret reality abnormally. In this type of disorder, the child may experience hallucinations, delusions and extremely disordered thinking and exhibit behaviour which may affect everyday life.

It is a childhood Anxiety Disorder and is mainly a child’s inability to speak and communicate in social settings like school or any place where they do not feel secure and comfortable.

An Attention Disorder where the child seems to be in a different world and is sleepy, lethargic, hypoactive and confused. He also moves about slowly and is often found staring at random objects for a prolonged period.

It is a mental disorder that occurs in children and adolescents. It is a condition in which a child experiences extreme irritability, anger, and frequent intense temper outburst.

How can a Child Psychologist Help?

Childhood Development psychology is a vast and varied subject. It is not easy for a layperson to answer questions on it or help a child with psychological development problems. In such cases, only a specialist could help. Child Psycho-therapists can help in a lot of ways. They are trained to help children with family problems, issues at school, health-related problems, and difficult relationships. They also specialize in helping children with disorders like ADHD, Schizophrenia, Depression, Anxiety, Eating Disorders, etc.

Child Psycho-therapists also work on the development of a child’s mental health and focus on their overall development-cognitive, social, emotional and linguistic.

Childhood is a very important phase. A bad childhood could have a negative impact on the individual’s adulthood as well. Therefore awareness of your child’s personality is an essential part of parenting. Only if you know your child well will you be able to focus on his talents and positives which in turn will give him a well-rounded personality in the years to come.