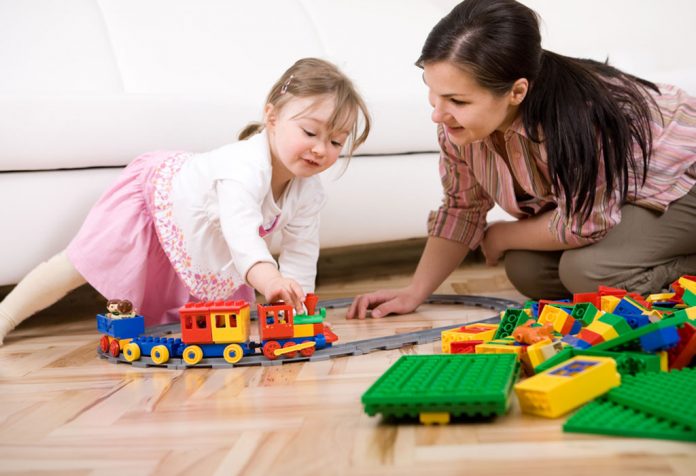 Getting your kids to realize the value of stimulating the mind is always an uphill task. Watching them get absorbed in controversial cartoons such as Doraemon may make you cringe but what can you do? If you tell them to be productive, they simply protest in their adorable little voices claiming that if they have no homework, why should they do extra work? Now, this is a reasonable request and even the most authoritative moms would feel a tinge of pain. However, this doesn’t mean you resign yourself to having lost this battle or force them to do something they don’t want to do. The solution lies in getting your kids to stimulate their brains through fun activities in the form of games.

Importance of Mind Games for Kids

Mind games help stimulate the brain and make your child think in unconventional ways to solve a problem. Just like physical exercise, the brain needs its own form of stimulation to improve upon areas like analytical thinking, creativity and problem-solving. The best part is that kids are likely to be open to the idea of a game as compared to, say, reading books.

This game is a sensational hit for all ages and is known to arrest the decline of brain function in older people. It involves a grid with some numbers inside them and the rest is empty. The aim of the game is to fill up all the missing numbers. While it looks deceptively simple, the catch is that you cannot repeat the same number in the same row or column. The defining feature of this game is that it challenges your child to think 3-4 steps ahead and can help in planning.

Blue Block is a mobile game that has an interesting backstory to keep your child engrossed. The objective is simple: to free the Blue Dragon by rearranging the blocks so that it can reach the exit. It teaches kids that brute force isn’t always an option and simple logic can make their actions effortless!

Both the games have been clubbed together as they have similar objectives, that is, to figure out a randomized code. Hints are given which allow your child to deduce what the code might be. This helps your child to analyse the information provided and use it logically to figure out the code.

This game ranks high in recommended brain activities for kids as it is a memorisation tool in its purest form. The objective of the game is to uncover all the similarly paired flashcards on a grid. A maximum of two cards can be revealed simultaneously after which the picture inscribed on them is hidden. Only if the cards are similar will their picture side be shown permanently. In this way, your child must remember the correct location of the cards to uncover all of them. This game helps improve the attention and focus of a child as this is crucial to the game.

An addictive mobile game, Brain Fitness is an overall brain workout that helps exercise logic, attention and retention of information.

This game makes use of audiovisual cues which must be remembered in the correct sequence. It is designed in such a way that both short-term and long-term memory can be developed if the game is played daily. No parental supervision is required for this game.

This game has been scientifically designed by neuro-physical researchers for optimal brain function. It has over 60 tasks which test your child’s reaction time, memory, attention, flexibility and problem-solving skills. The user interface has been beautifully designed, fusing art and science into a fun-filled brain development game.

Puzzles are a good unsupervised activity as your child’s curiosity would keep them engaged with the game. They help in brain development as they build on children’s spatial reasoning as well as hand-eye coordination.

This game incorporates flashcards with pictures and needs to be matched with the corresponding word that describes it. For instance, the flashcard may have the picture of a zebra. Here, your child will have to choose the picture associated with the word zebra. The flashcards can be of different categories such as animals, flowers, household objects, etc. This game is helpful in teaching the names of various objects to (ideally) 5-year-old children.

While this game is similar to word hunt, the only difference is that it requires physical activity on your child’s part. This game can best be played in an open area such as a park or playground. You take out the flashcard and your kid must then find the object which is mentioned on the flashcard. For example, if the word on the card is “Park Bench” your child will have to locate one in his surroundings. This helps improve their comprehension and is a fun activity as it is a kind of treasure hunt!

This simple game can be found in activity books, mobile apps and even in some parks. The gameplay is simple: find the path to the exit. This has numerous benefits for the child such as:

Mind Games to Play With a Group

One of the universal games that have been played by kids all over the world, it helps your child improve their analytical skill. For a young developing mind, it helps them distinguish a viable hiding spot from a bad one.

Apart from learning their mother tongue, kids can be exposed to another regional language at home. Studies have shown that this helps stimulate their prefrontal cortex which is also linked to improved memory. Simply making your child sign up for a language class is not enough, however. While they may learn the language in the class, no doubt, it is important that they find a way to actually speak in it and practice it. For instance, if they are learning Punjabi, you can engage in activities like watching a Punjabi movie together, or listening to Punjabi songs, etc. to increase their exposure to the language. You may even ask them to interpret the movie or song for you. While it is unlikely that they will give a flawless translation, it will boost their confidence and make them eager to learn.

Games like Snakes ‘n’ Ladders, Monopoly, Othello and Chess are all good as they help you understand your child’s social skills. Is your child being patient and waiting for their turn? Does he cry and behave like a sore loser when he loses a game? As you will be present when they play, you can help them learn to lose with grace and win with humility.

Getting your kid to learn writing numbers can be a little difficult as they sometimes find it difficult to grasp abstract concepts. Musical numbers employ visual aids as well as music to make the learning activity fun and interesting. First, setup Lego blocks of ascending numerical values across your child’s room. For example, you can place one Lego block in the middle of the room and two blocks near the bedside table. This can be done till the number 10, 15 or 20, depending on how many numbers you want your child to learn and the availability of Lego blocks. Next, set up a music system with your child’s favourite songs in a place nearby so that it is audible from the room. Then, start the music and dance with your kid like a crazy person; they’re bound to join in! Finally, stop the music and scream a number! This is when your child must run to the area of the room with the correct Lego blocks. This process can be repeated till they learn all the numbers. This game can be used to make them learn the alphabet as well – simply substitute the Lego blocks with alphabet blocks.

Playing brain-boosting games can improve your child’s problem-solving skills. Your little one will become more creative, and he will try to find different ways to solve any problem. By playing these games, your kid will also be able to concentrate better, and you’ll see a significant improvement in his observational and reasoning skills. To hone his other skills, get activity boxes designed for kids. By trying out the activities in these boxes, your kid will be able to nurture his other talents as well.

As parents, developing your child’s brain is your responsibility. However, if you force them to do something they don’t like, they may not put effort into it. Just try and make your kid read the newspaper and see what happens! The solution lies in finding games that your child responds well to and getting yourself involved as well.