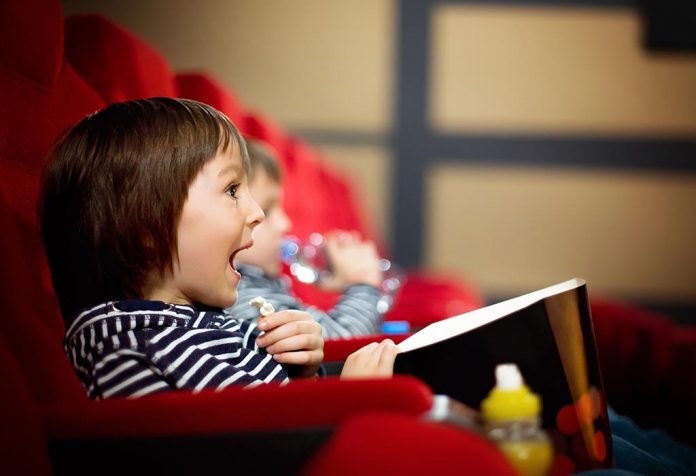 School is about to start, and kids usually feel bittersweet about their vacation ending and the new school year starting. Students look forward to hanging out with their friends, football matches and new beginnings. The upcoming mid-terms and long lectures may dampen their spirits a bit, so showing them a back-to-school movie excites and inspires them. Back-to-school movies are mostly centred around self-improvement and talk about new beginnings, so they are best at inspiring kids to perform better during the new academic year and to become better individuals in general.  They make kids look forward to the new school year, as they promise new friendships, personal growth and lasting memories.

After the long and fun-filled holidays, motivating kids to go back to school is a bit difficult. A back-to-school film screening is an excellent way to get them ready for the new school year and make them energized and enthusiastic for the new season. A movie about the first day of school is a good way to transition them from holidays to the school year. Movies are also a great way to teach them important life lessons. Movies about school can encourage young kids to talk about the highs and lows of school life, as well as other issues they face as they grow.

Directed by –  Gabor Csupo
Why Watch It
This popular movie based on the novel by Katherine Paterson tells the story of friendship and death. The movie shows an unlikely companionship between the lead Jesse Aarons and Leslie Burke, his neighbour. The timeless story of friendship teaches kids to be their true self even if one is different from others, and to always support one’s friends.  Young kids learn about bullying, untimely death and losing a close friend, which allows them to mature, making them wiser.

2. Harry Potter And The Sorcerer’s Stone

Directed by – Chris Columbus
Why Watch It
The popular movie series for both adults and kids is a must-watch. This delightful movie is a great story about joining a new school and how one’s life changes after it. The new school represents new beginnings and lifelong friendships in the movie.  Kids love the magic, witchcraft, wizardly and mesmerising visuals as they see 11-year-old Harry Potter going to a new school and interacting with new people. Kids learn never to be daunted by challenges, and to be brave in all situations.

Directed by –Danny DeVito
Why Watch It
Matilda is a surreal family film based on the popular book by Roald Dahl. The movie shows an evil school principal who puts kids in the “chokey” who displeases him.  The “chokey” is a dark closest full of nails and broken glass. Young students are tortured and humiliated by the principal, but Matilda stands up to him and fights for his victims. The movie is centred on personal identity and youthful independence, with a little bit of cartoon-ish violence.

Directed by – Ivan Reitman
Why Watch It
Kindergarten Cop is a funny movie starring Arnold Schwarzenegger. The movie is centred on kindergarten kids and a strong policeman. Arnold, as an undercover cop posing as a kindergarten teacher, is overwhelmed by the chaotic energy of the five-year-olds he is in charge of. He faces some crazy and hilarious situations as he tracks down a criminal.

5. Akeelah And The Bee

Directed by – Doug Atchison
Why Watch It
Akeelah and the Bee is a movie based on the true story of talented young 11 year old school students who take part in the Scripps National Spelling Bee and tackle tough words. The movie is aimed towards inspiring kids and their parents as the kids prepare for the spelling bee contest. The movie teaches that the toughest challenge faced by anyone is usually the ones they impose upon themselves.

Directed by – Herbert Ross
Why Watch It
The popular musical drama tells the story of a Chicago teenager moving to a small town and the culture shock he faces. The dance-loving teen finds that the little town has prohibited dancing and rock music. The movie shows how the lead teen tries hard to befriend local teens and impresses the local conservative council to praise dancing and other celebrations. The movie also explores other life tragedies like abusive relationships, mob mentality and child death. The popular dance movie teaches children about friendships and youth power.

Directed by – Alan Metter
Why Watch It
What can be better than a movie titled “Back to School” to show kids as they start their new school year! The comedy movie starring Rodney Dangerfield shows him as a father who joins school to keep his dejected son in school. It tells the story of how Rodney buys his school admission, parties at school and raises the ire of faculty members. In the end, he is required to pass one final test, which he passes with the help of his son and his son’s friends. It’s a not a preachy movie and teaches life lessons in a simpler and more entertaining way.

Directed by – Richard Linklater
Why Watch It
The music-inspired comedy tells the story of an amateur rock enthusiast Dewey Finn. The struggling rock musician takes a substitute teacher’s post, originally meant for his friend, with a class of fourth-graders. Seeing the talent of the class, he decides to form a band to win music competitions and use the money for self-gain. The movie has good performances by young kids and is fun and enjoyable.

Directed by – Ramon Menendez
Why Watch It
Stand and Deliver is one of the best school-related movies out there and tells the real life tale of Jaime Escalante, a high school math teacher. He is harrassed by both his tough students and his superiors to control his raucous students. He decides to inspire his students to learn higher maths to control their behaviour. His students, after intensive studies, ace California’s calculus test, but no one believes it and their scores are questioned. They are asked to take the re-test to prove their credibility.

Directed by – John Hughes
Why Watch It
This classic movie by John Hughes tells the story of five high school students who meet on a Saturday for all-day detention. The movie focuses on school discipline, and how people from different backgrounds can unite in defiance. The Breakfast Club is one of the finest examples of anti-authoritarian themed movies.

Kids will both love these back-to-school movies and learn from them. These movies teach a lot of life lessons needed by young kids to cope with the many issues they face and help them to overcome various difficulties and the great thing is that all this happens in an entertaining and interactive manner, which encourages young kids to talk to their friends and family about such issues.